Before you start making the Bethmaennchen, have the peeled almond halves ready. Bring a saucepan with water to a boil. Add the almonds for a few seconds. Remove the saucepan from the stove and place the almonds in a colander. Use your fingers to squeeze the almonds out of their skin. Divide them in half lengthwise with a small knife and place them on a paper kitchen towel for further use. The almonds need to be a little moist when placing them on the Bethmaennchen. If you bought peeled almond halves, also drain them under running cold water in a colander. 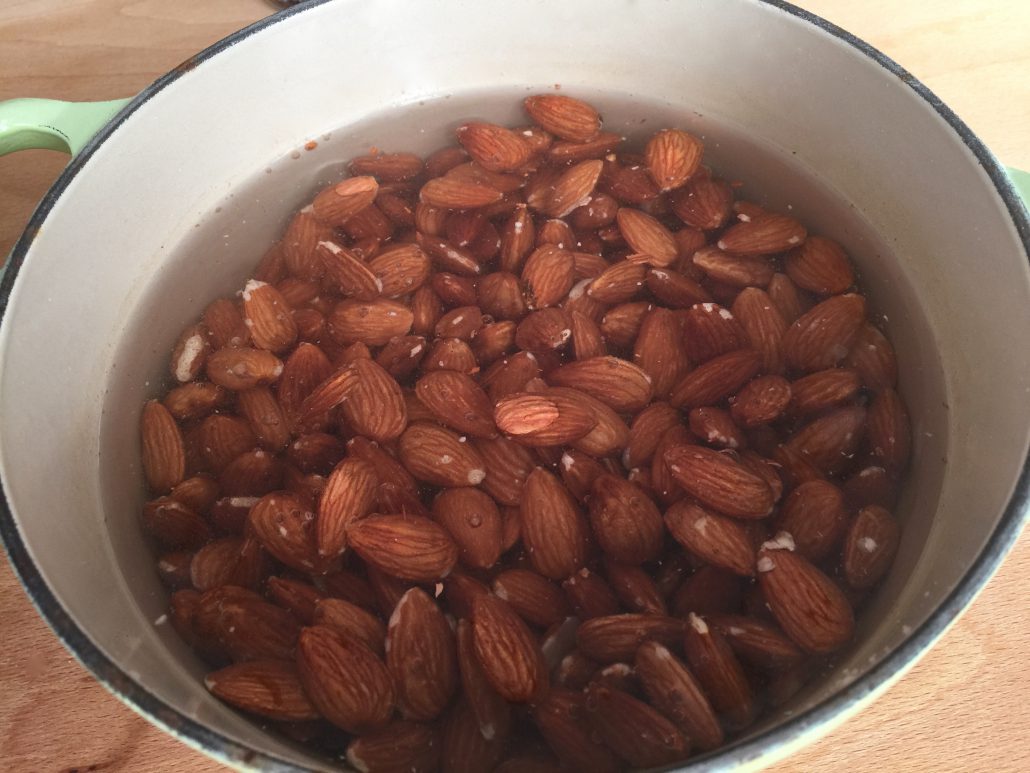 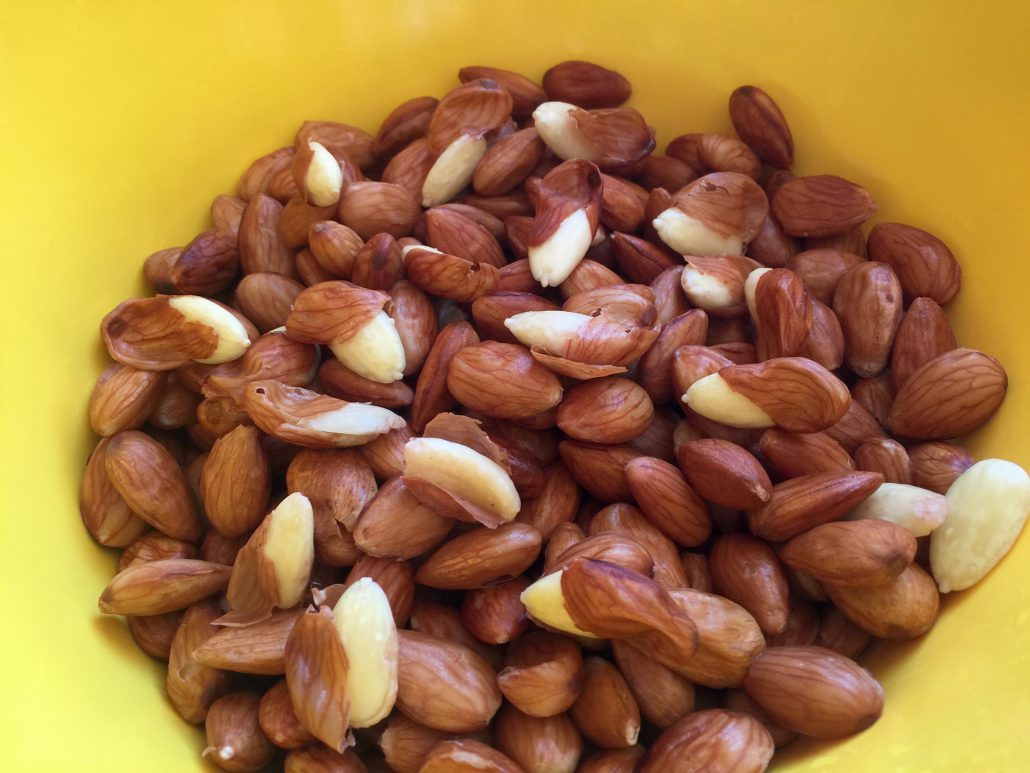 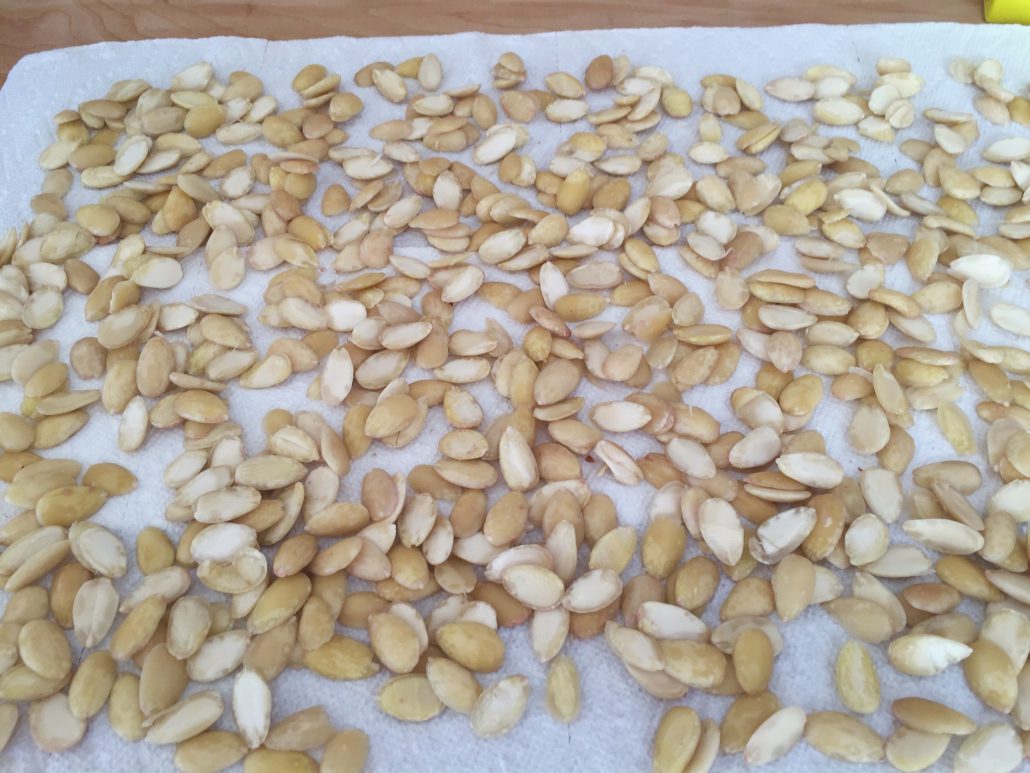 Mix marzipan, sugar, and rosewater and knead with your hands until smooth. Portion the marzipan mix with a measuring spoon (the size of a teaspoon) and roll them between your hands into small balls. Press three almond halves against the balls while forming the balls into the shape of a hat (the top of the Bethmaennchen is smaller than the bottom). Place them on a baking sheet covered with baking paper and let them dry overnight. 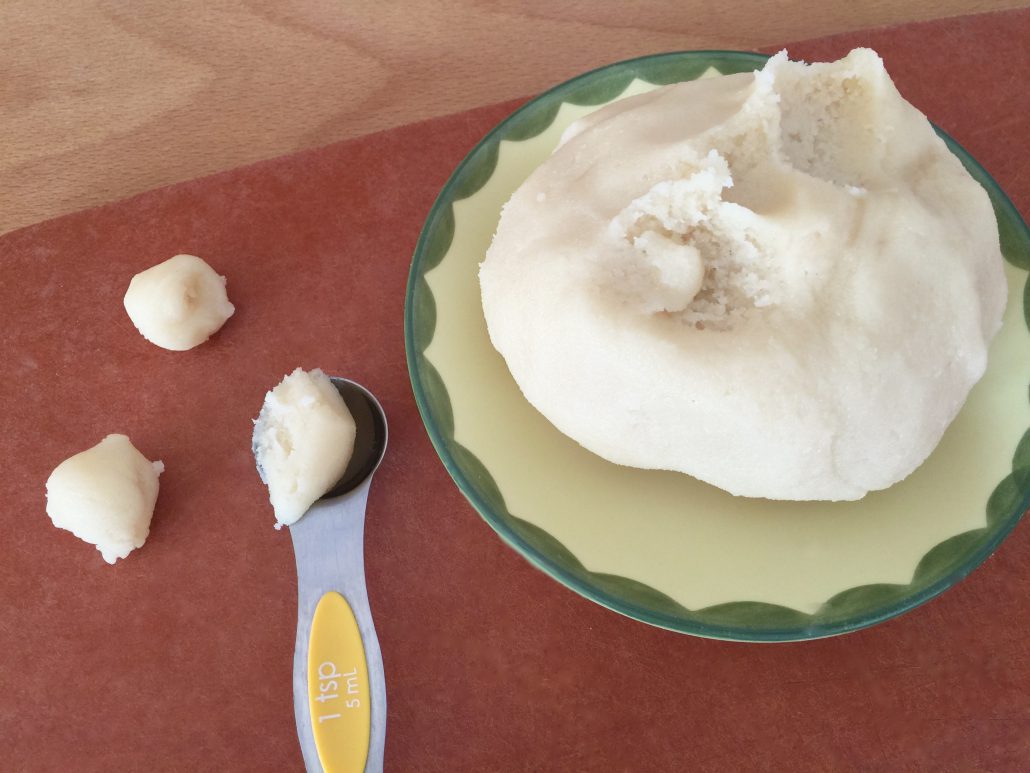 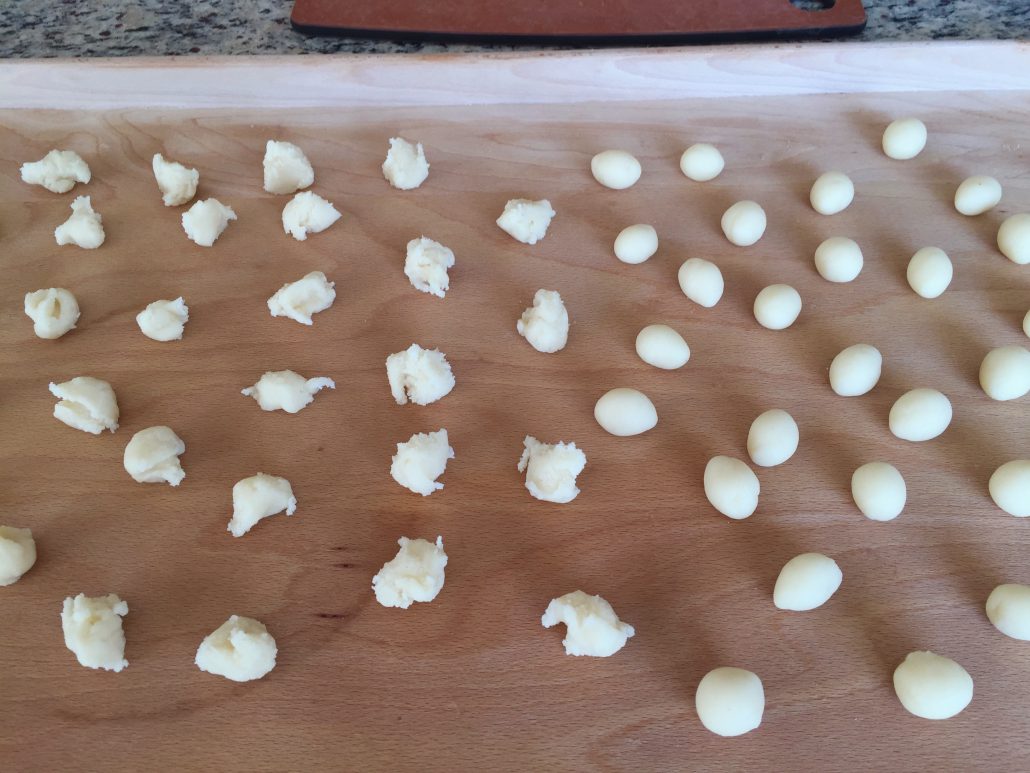 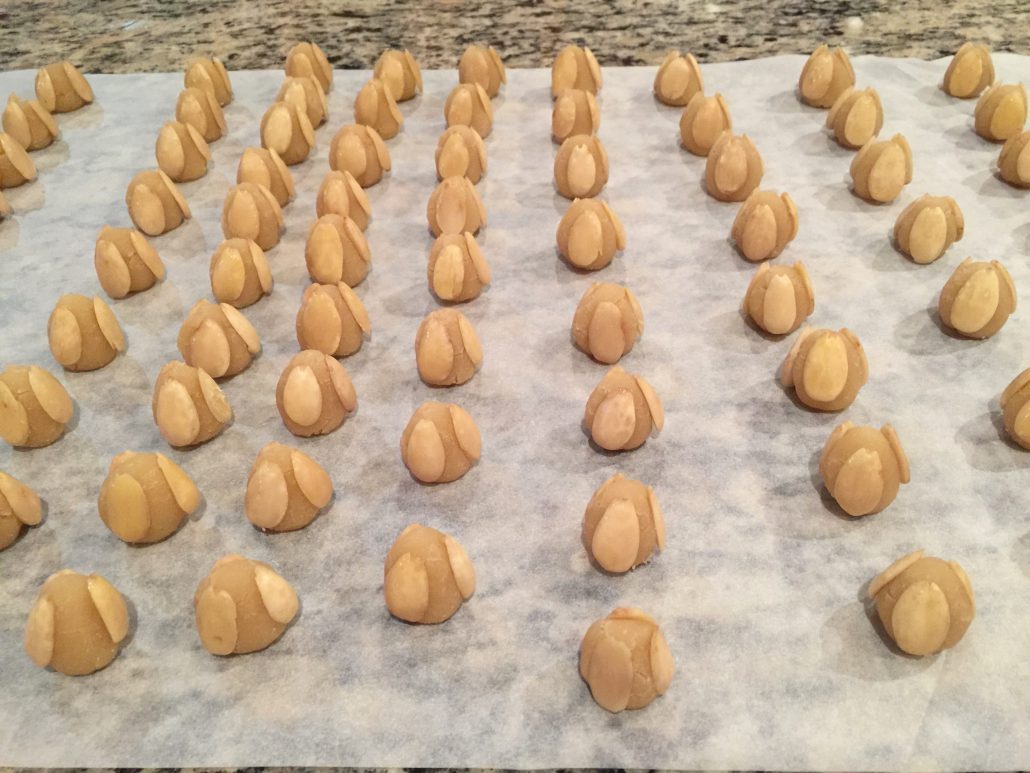 Preaheat the oven to 100°C – 212°F. Bake the marzipan cookies on the top rack of the oven for about 50-60 minutes or until the tips turn brown. Let the Bethmaennchen cool down on a cooling rack and store them in a tin box. Find more of Oma’s traditional German Christmas cookies recipe here.