Facts about German May Day Traditions. As the German saying goes, it’s May Day, “Alles neu macht der Mai,” which translated means, “May makes everything new.” The first of May is also known as May Day—not to be confused with the SOS emergency call mayday,” which derives from the French “m’aidez” pronounced “mayday,” and means “help me.”

German May Day traditions start the night before the first day of May. The Germans, along with some other European countries, celebrate the birthday of nature. The trees come into leaf, and the flowers in the garden start blooming.

A lot of traditional activities are underway and start the day prior. The night of April 30th is the Walpurgisnacht, also called the Hexennacht, meaning “Witches Night.” Legend has it that the witches met every year on the night of April 30th on the Brocken. It is the highest peak in the Harz Mountains in Germany to meet with Satan on their Sabbath.

On May 1, the Maibaum (May Tree or Maypole), cut down in March, will be raised to welcome spring. All branches are removed and cleared so that only the log’s trunk is left and used as the pole for decorating with garlands of fir and colorful ribbons, carved figures, and flowers.

The tree is usually a birch because it’s known as the tree of new beginnings. It’s carried through the village, accompanied by music under the watchful eyes of neighborhood spectators. Before raised, the Maypole can be stolen by mischievous neighboring villages. If successfully stolen, the town has to pay for its return with a case of wine or beer. (Photo of Maypole Thomas Dornfeld) 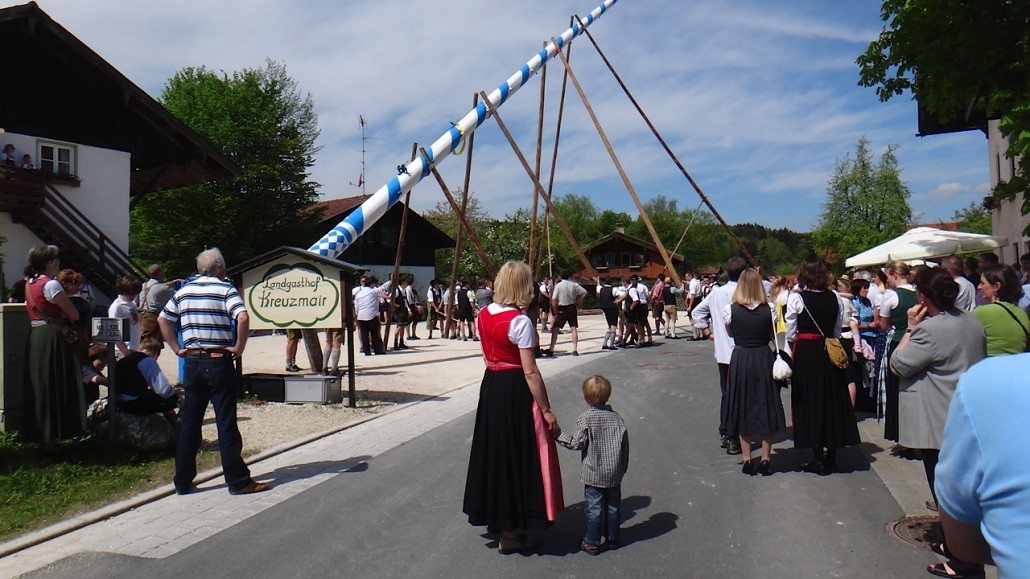 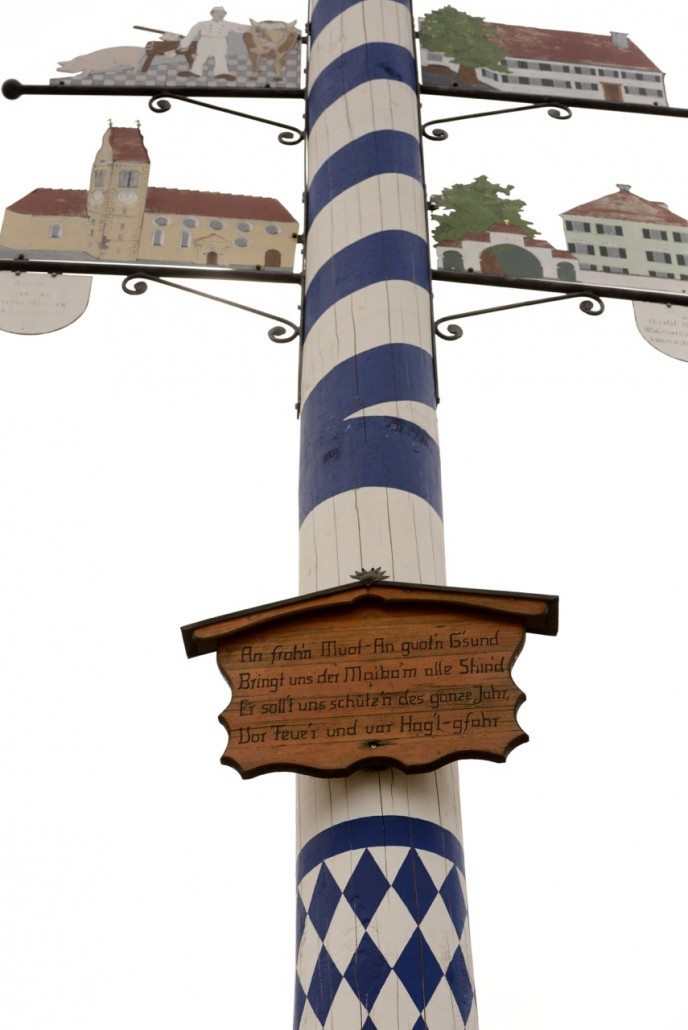 German May Day Traditions – The May Dance (Tanz in den Mai)

The May Dance takes place on the evening of the Walpurgisnacht. Traditionally, the dance happens around a big bonfire to scare away the evil ghosts and evil spirits with loud noises.

When the fire is almost out, young lovers will often jump hand in hand over the burning embers. This unique custom is called “Maisprung” (May jump).

While being served local culinary specialties during the May Dance, the most typical drink is the May Wine Punch(Maibowle). The Maibowle is a delicious mix of dry white wine (Chardonnay or Riesling is preferred) and dry champagne flavored with fresh sweet woodruff (Waldmeister or Maikraut) served chilled. A good substitute for the fresh-cut woodruff is woodruff syrup. (Scroll down to find some recipes made with sweet woodruff). 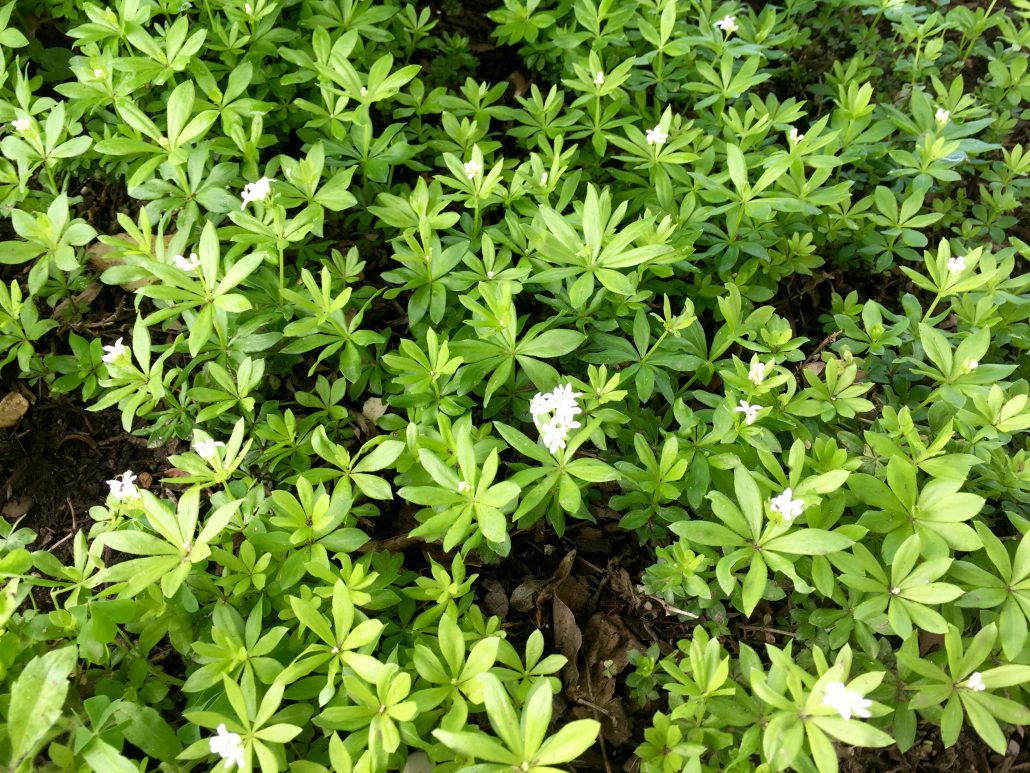 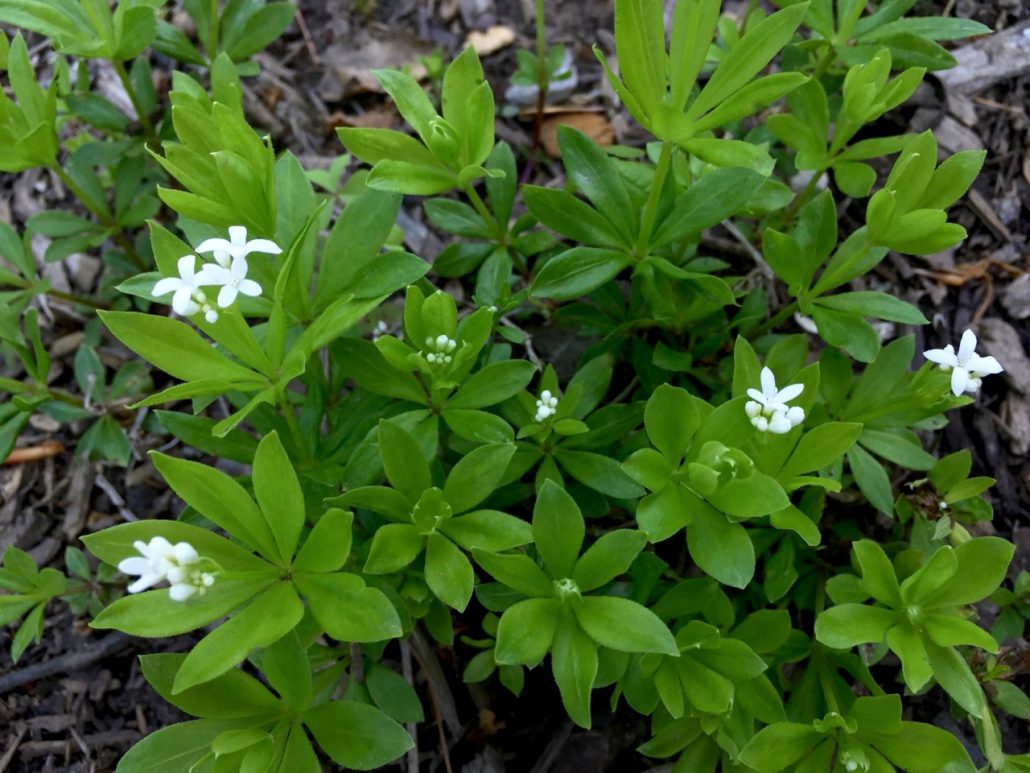 May’s flowers are the dog-rose or Rosa Canina (it resembles the dog tree but is softer and more of a bush) and the lily of the valley, which in Germany is called the Maigloeckchen (little May Bell). It is a symbol of purity—bringing luck in love and the return of happiness.

Lily of the valley flowers

The above symbols are all excellent reasons why the lily of the valley is used for weddings, Mother’s Day, and confirmations—which all take place in May. One of the traditional German presents for confirmation is a religious songbook bound in leather with the date and name embossed in gold. 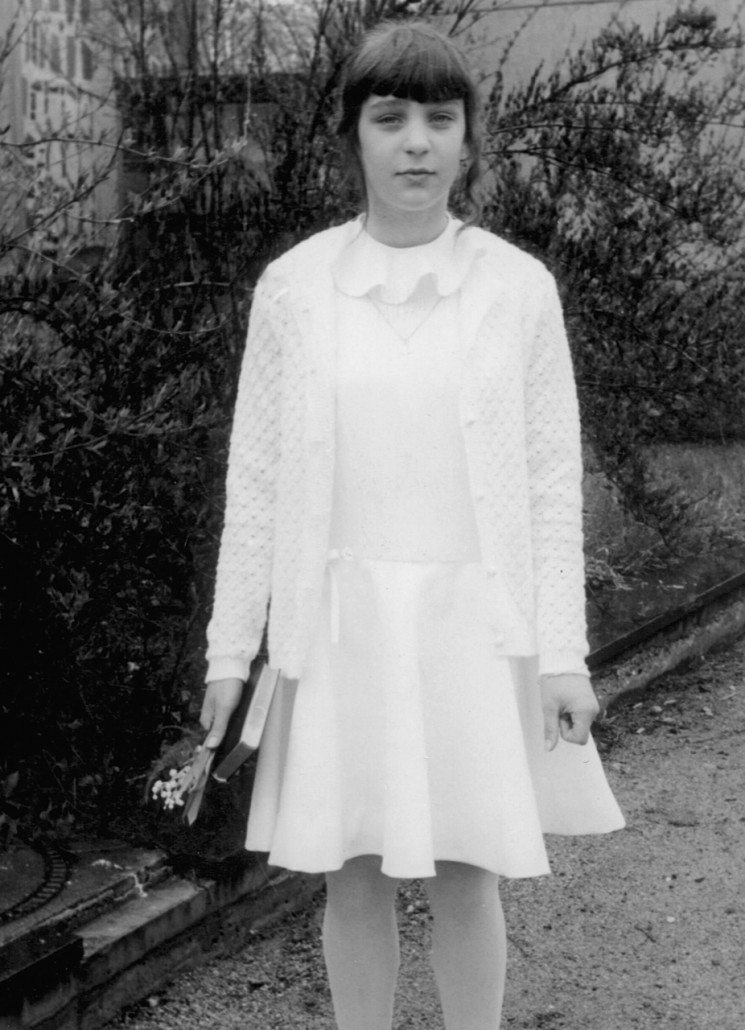 The first of May, May Day is also celebrated as Labor Day in many countries, including Germany. While some are celebrating the traditional welcoming of spring, others are busy supporting the workers’ movements. The date was inspired by an event taking place in Chicago in May of 1886, called the Haymarket affair—also known as the Haymarket massacre or Haymarket riot. This labor demonstration ended up in violence with some unfortunate deaths. The strikers were fighting for better working conditions and an eight-hour workday.

In most countries, the May Day first of May is an International Labor Day, recognized and observed as a holiday. As in the past, each year, worldwide rallies, marches, and demonstrations take place supported by unions or parties. People are asking to stand up for better work situations and conditions, along with safer work environments and more job security—all in an attempt to create a brighter future for their families.

(Pictures of May March by Thomas Dornfeld, May1, 1072, Berlin Germany)

Oma’s recipes for May celebrations: