This Classic German Barley Soup called Gerstensuppe or Graupensuppe is my oldest son’s favorite soup. When he was a toddler, his Oma Mutti had to make him this soup once a week. I, not having a car at the time, walked two kilometers each way, to pick up the soup for him. Asking for this soup was his way of saying: “I want to see my Oma”!

Preparation of ingredients for Barley Soup:

Place the barley in a bowl and cover the barley with water to let it soak while preparing the vegetables. Peel the onion and celery root and dice them. Peel turnips and carrots and dice or sliver them. Wash the green beans, cut off the ends and break them about three times. Wash Brussels sprouts and cut them in half. Wash and cut leeks lengthwise and then into slices. Wash cauliflower and separate into small florets. Slice the bacon lengthwise and then into small pieces. 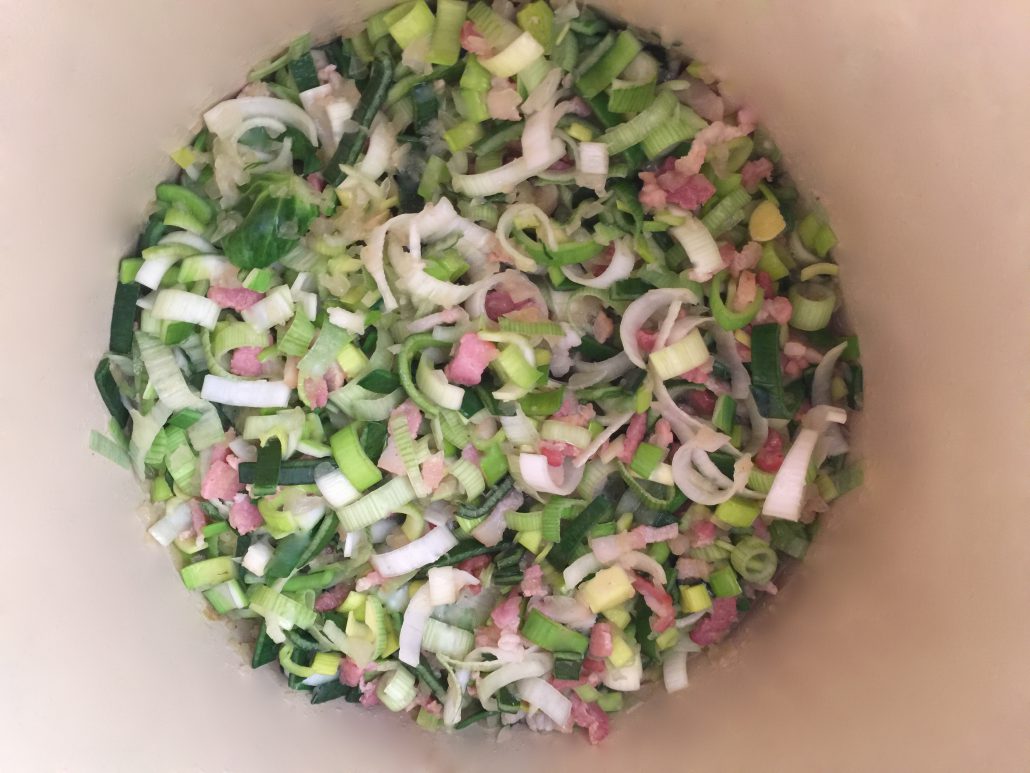 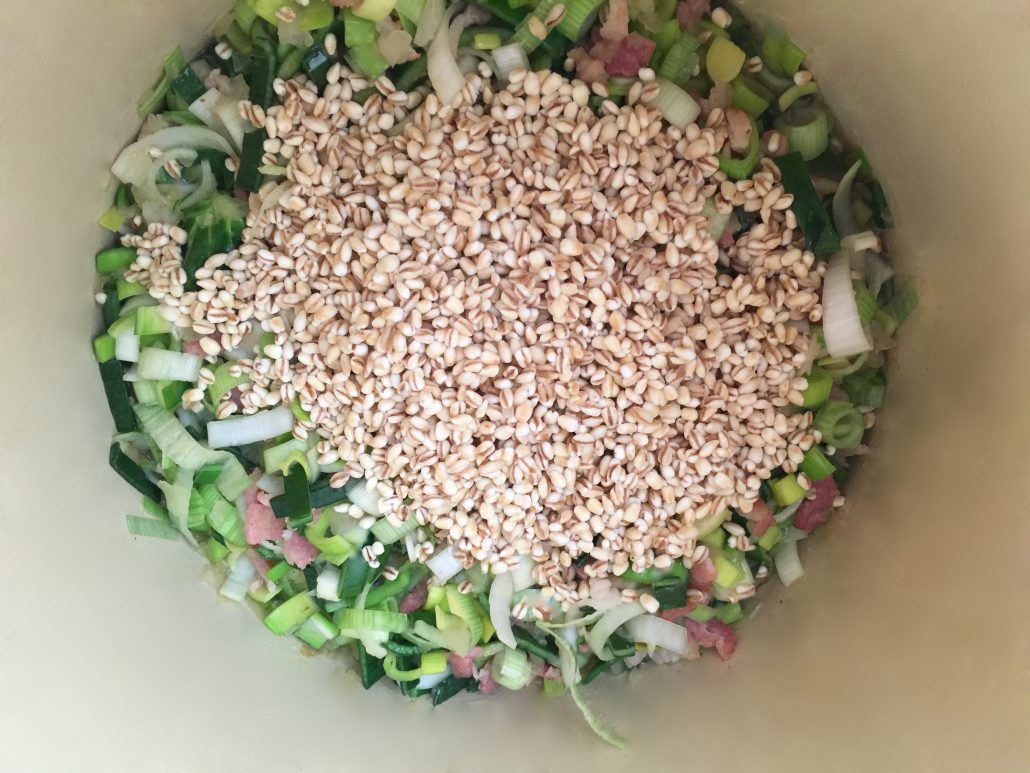 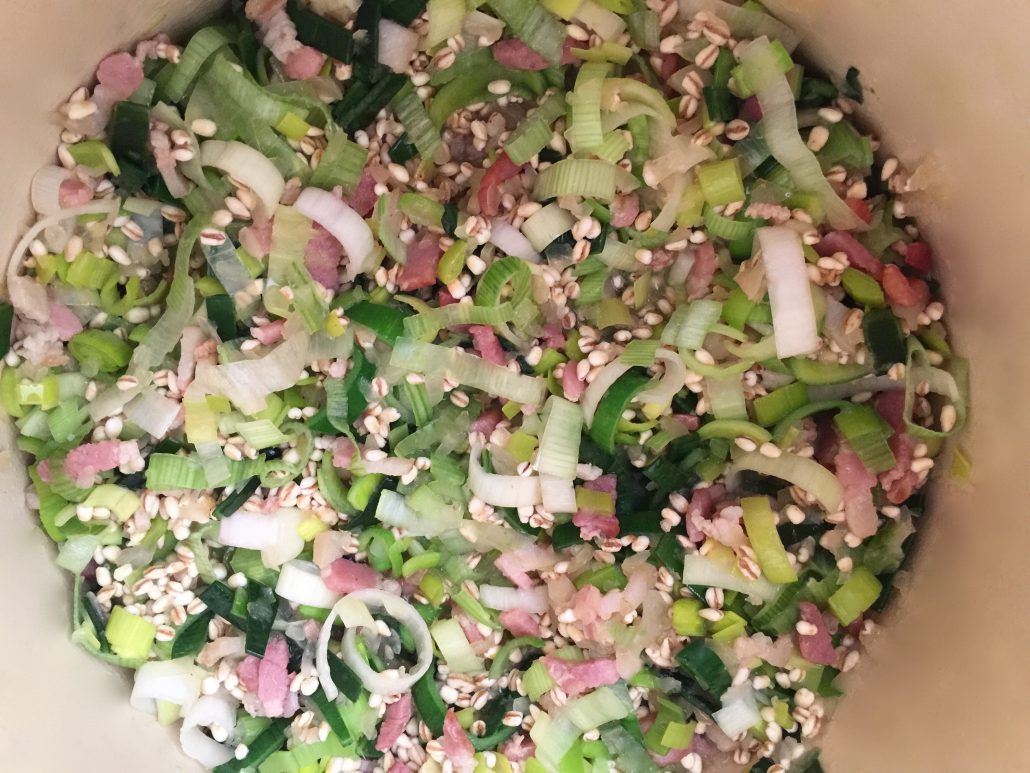 Fill the saucepan with the water and add celery, turnips, Brussels sprouts, green beans, carrots and cauliflower and stir to mix. Add salt and thyme to the soup and bring it to a boil. Turn the heat to medium/medium-low. Cover and boil gently for about 45 minutes. 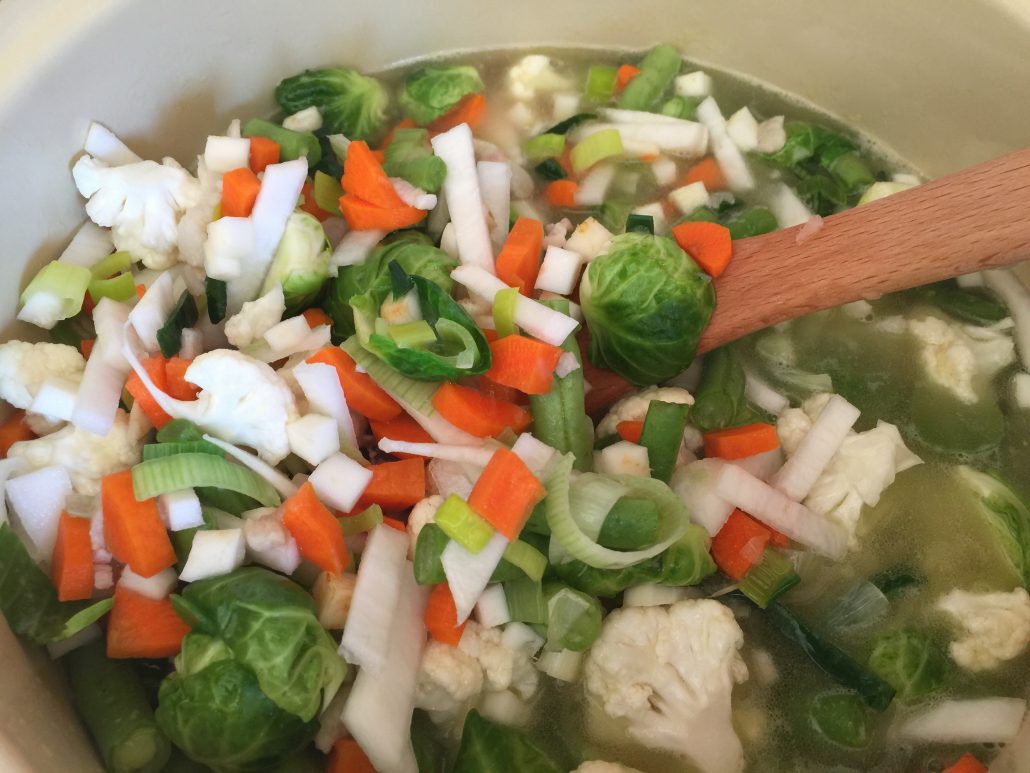 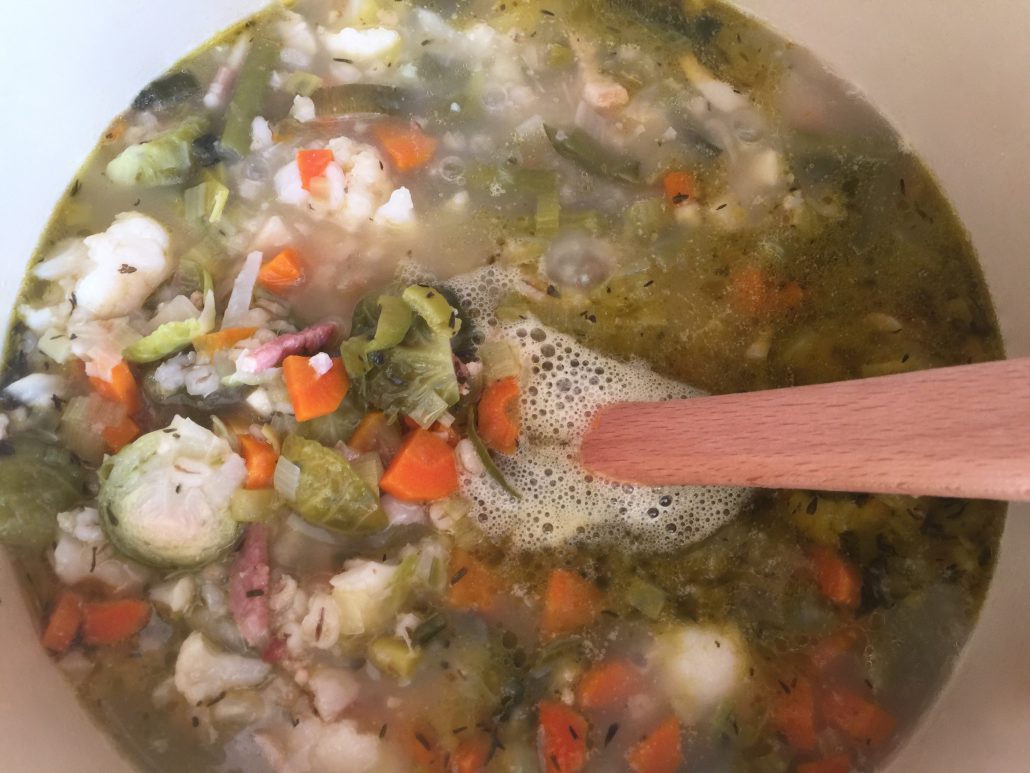 Spice up the soup with pepper, salt, Maggi, and chopped parsley to your personal liking. Remove from stove. You can serve the soup with some bread and sausages or with Oma’s homemade potato pancakes and apple sauce.