The Dresdner Eierschecke is a specialty from Saxony and Thuringia. The cake has three layers, first the shortcrust, in the center a cheese pudding filling and on top an egg pudding mixture called the “Schecke”.

Ingredients for the Shortcrust of the Dresdner Eierschecke:

Preparation of the Shortcrust:

Mix the flour with the baking powder and sift it into a bowl. Add the sugar, vanilla sugar, and salt and mix well. Place the egg on top and sliced butter on top. Using your hands, knead all the ingredients together until you have a smooth dough. The dough is ready when it is no longer sticky.

Butter a springform and spread the dough on the bottom and create a small edge on the side of the baking form. Use a fork to make holes in the crust. Create a cover for the form using aluminum foil. Place the cover and shortcrust aside. 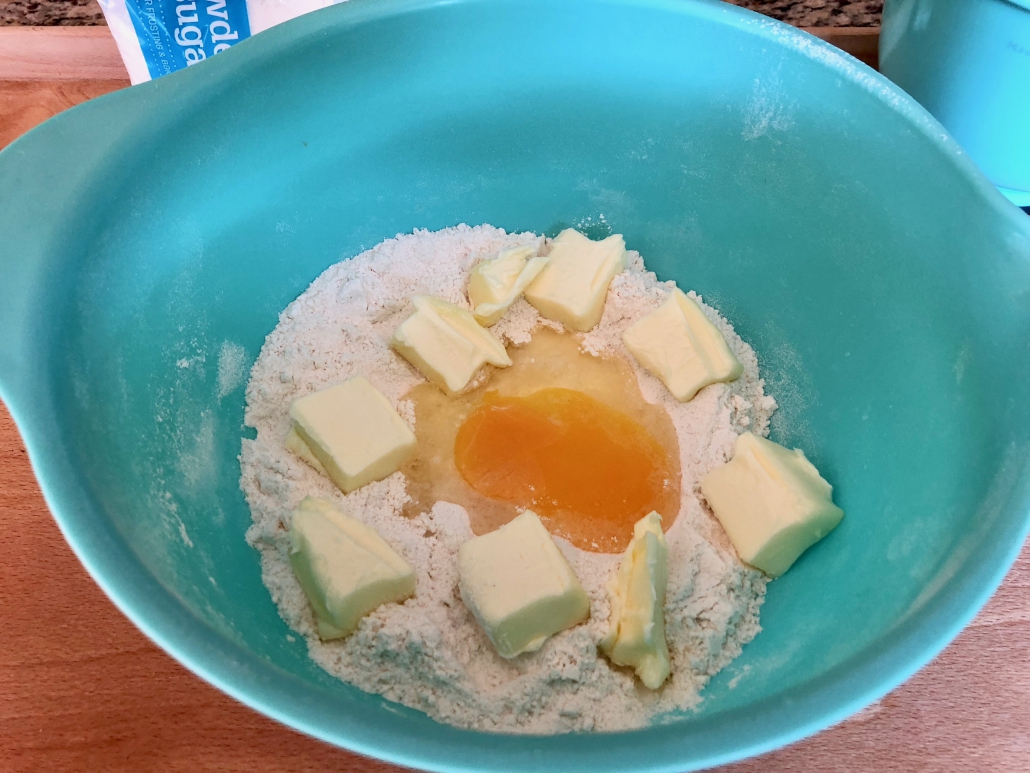 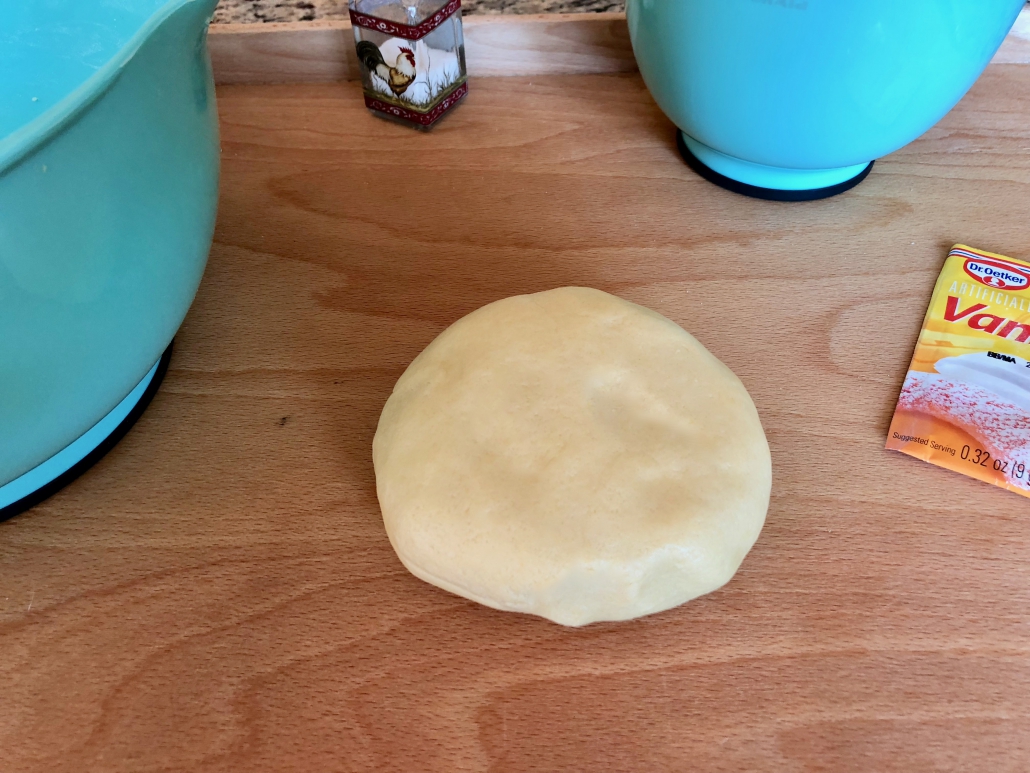 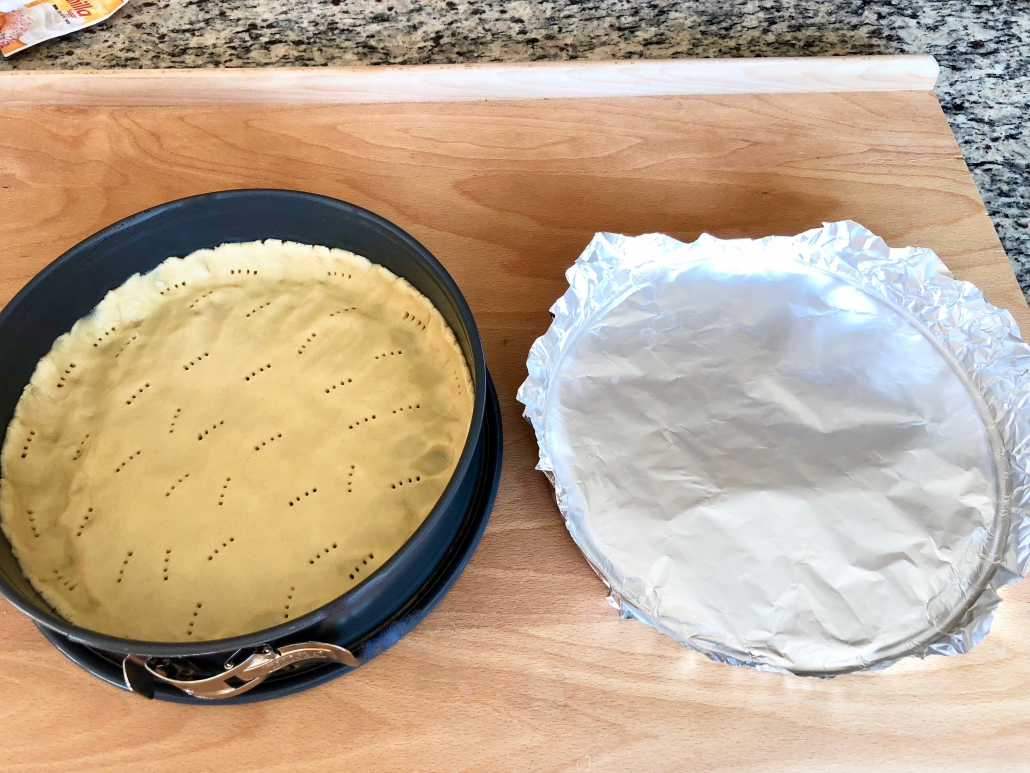 Ingredients for the Second Layer of the Dresdner Eierschecke:

Preparation of the Second Layer:

Prepare the pudding for the second layer and topping. Add the milk (500 ml – 1.05 pt) into a saucepan and stir the pudding powder (1 package) into the liquid using a whisk. Bring it to a boil, turn the heat off and cover the pudding with cellophane wrap to avoid the building of skin. Set aside and let it cool down.

Place the quark or sour cream and half of the pudding into a bowl. Add sugar, salt, potato starch, and lemon juice. Separate one egg using an egg divider. Add the egg yolk to the bowl and keep the egg white for later use in a different container. Beat all ingredients using a handheld electric mixer until creamy. Pour the cheese mixture on top of the shortcrust spreading it evenly. 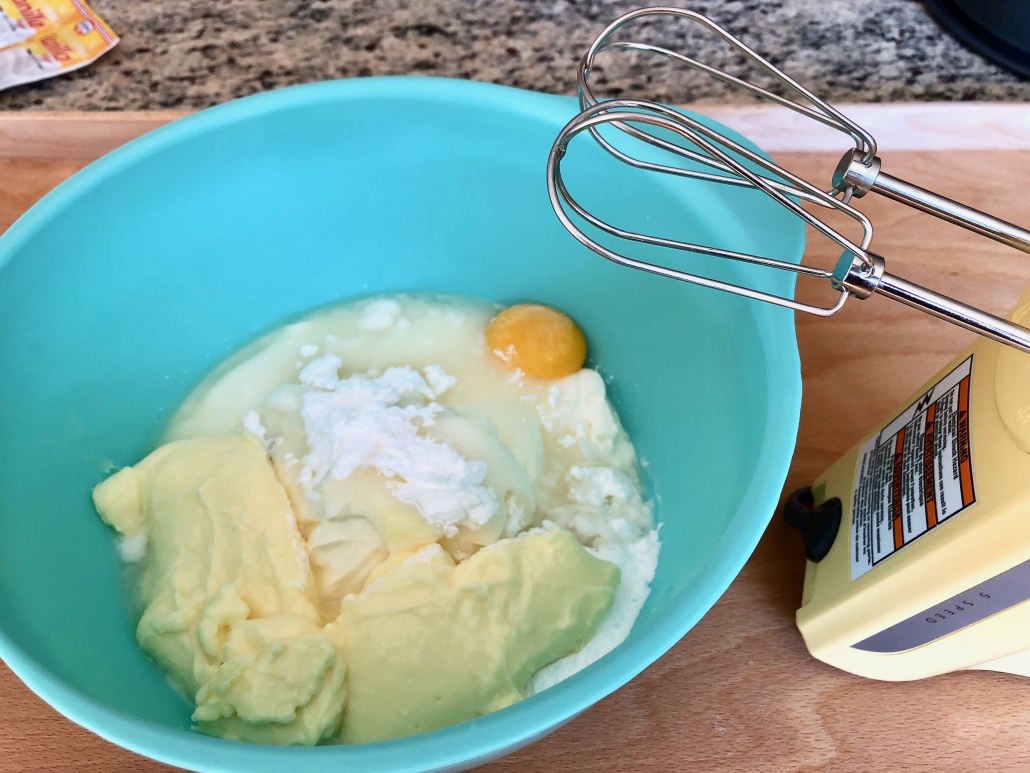 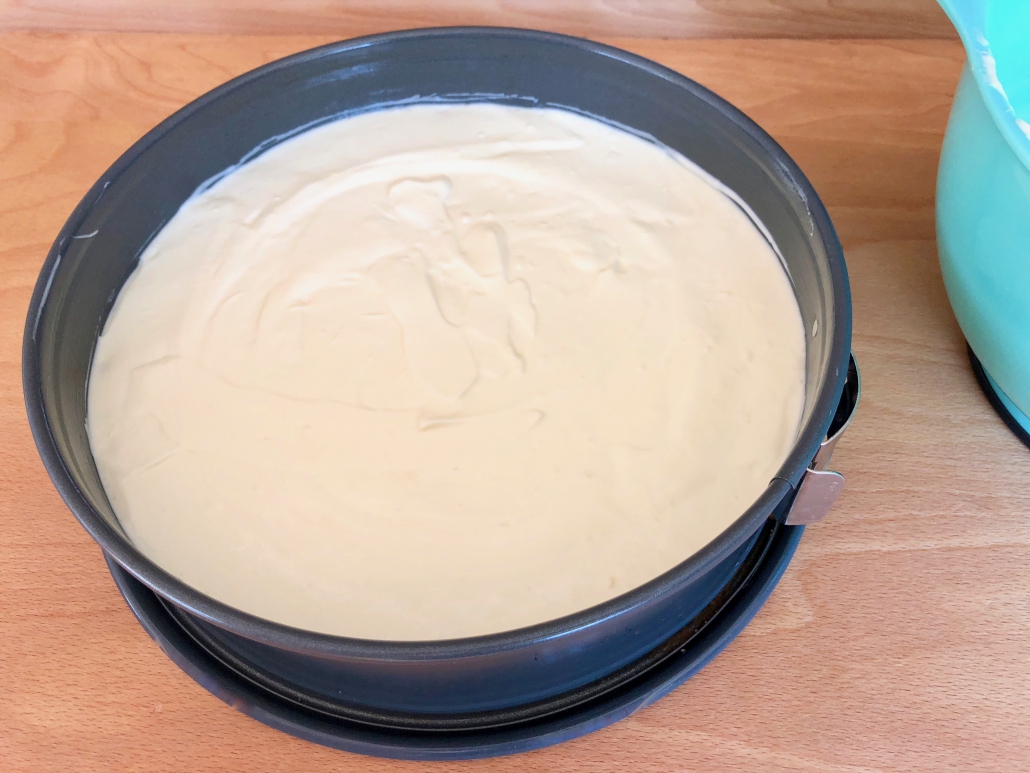 Ingredients for the Topping:

Preparation of the Topping:

Melt the butter in the microwave (about 50 seconds) and let it cool down. Place the second half of the pudding into a bowl, add the powdered sugar and vanilla sugar and mix until ingredients are combined. Slowly add the melted butter while continually beating. Add the cornstarch and mix.

Separate three eggs using an egg divider. Add the egg yolks to the pudding/butter mixture and beat until creamy.

In a separate bowl combine the egg white of the second layer with the egg whites of the topping. Add a pinch of salt and beat, until the 4 egg whites are stiff. Fold the egg whites into the pudding/butter mixture using a pastry blender. This mixture is the Schecke.

Pour the Schecke on top of the filling in the baking pan spreading it evenly. 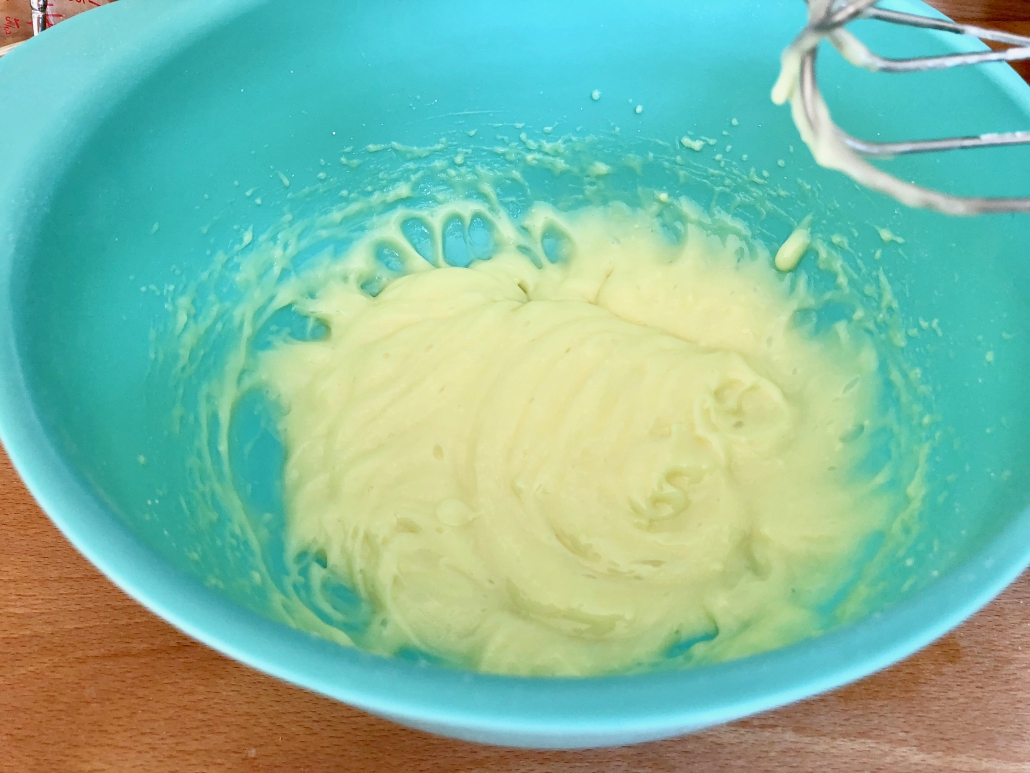 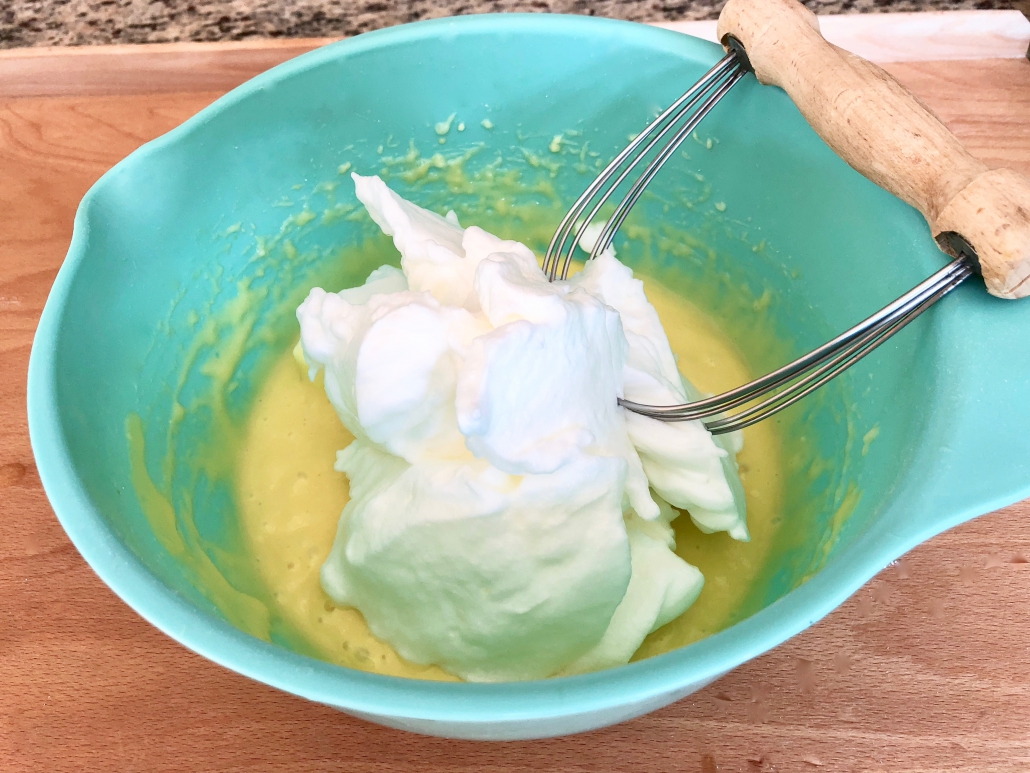 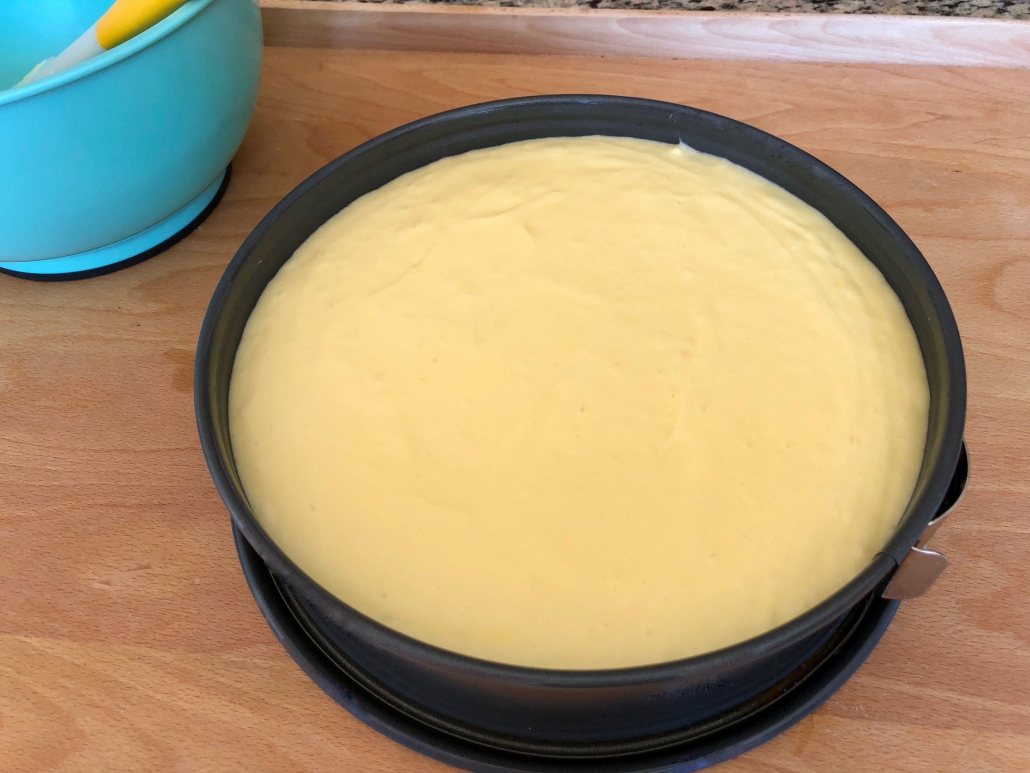 Preheat the oven to 176°C – 350°F and place the cake on the middle rack. Bake for 60 minutes. After 60 minutes cover the cake with the aluminum foil and bake for 10 more minutes. It will protect the top of the cake for becoming too dark. Turn the heat off and open the door of the oven. Remove the aluminum cover and leave the cake for one more hour in the oven before removing the baking pan. 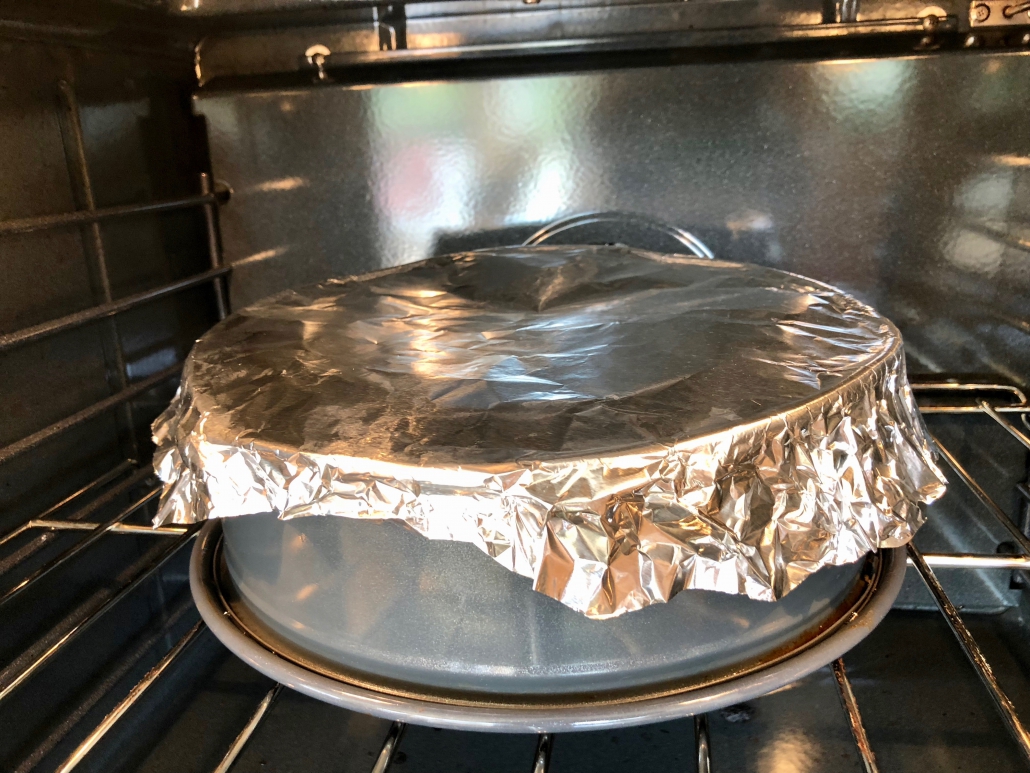 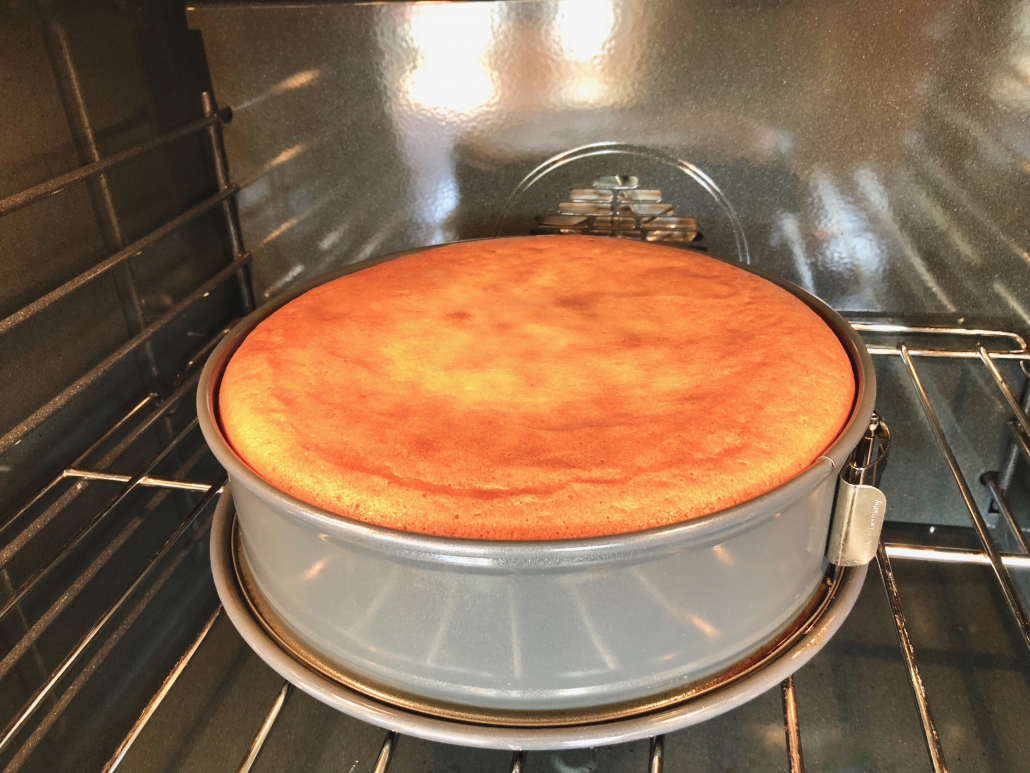 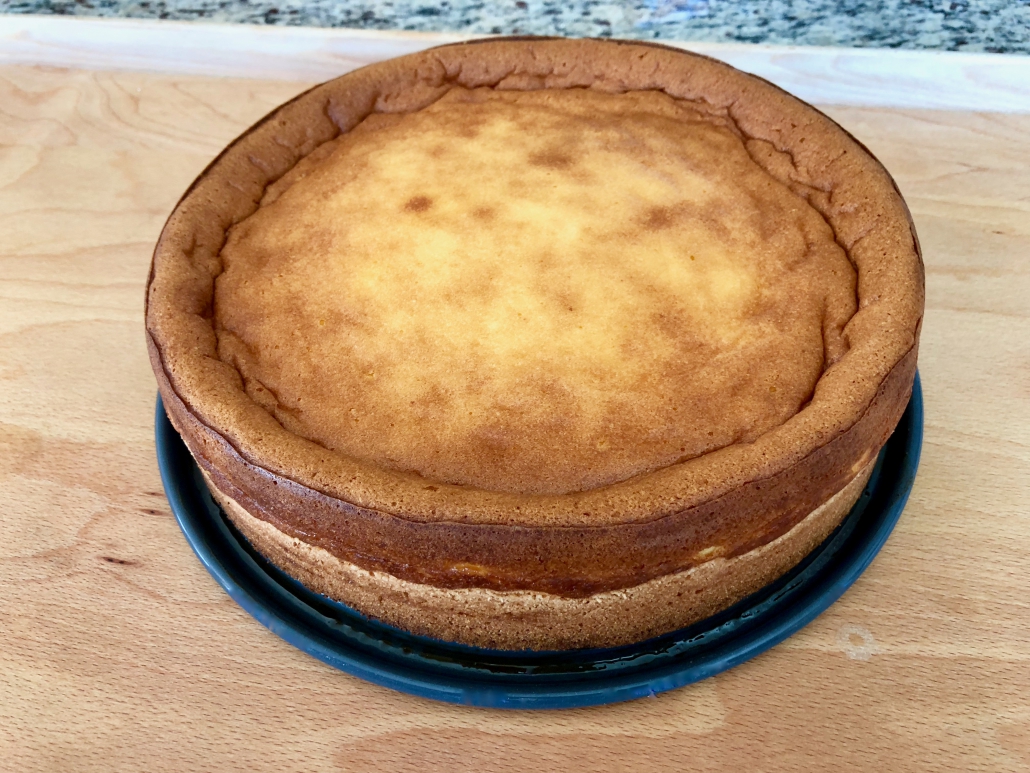 The Dresdner Eierschecke will get firm and sink a little while cooling down. Sprinkle some powdered sugar on top, or cover with a chocolate icing, or leave it plain. To try the Traditional German Cheesecake click here or the German Cheesecake Recipe-Kaesesahne click the link here.