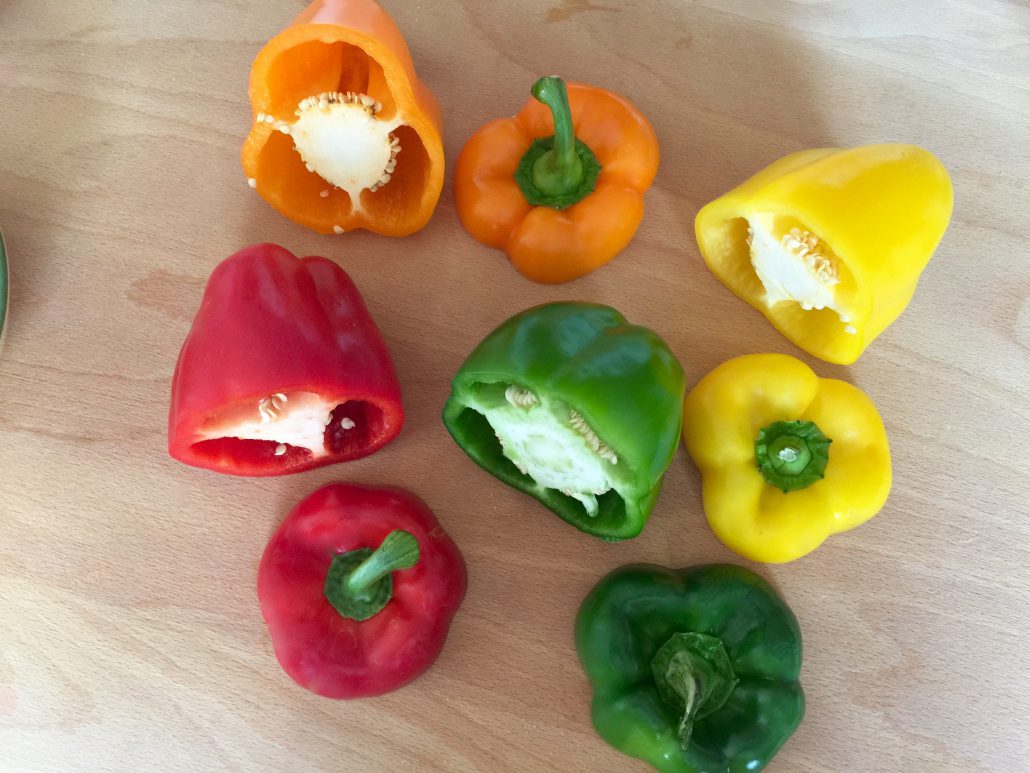 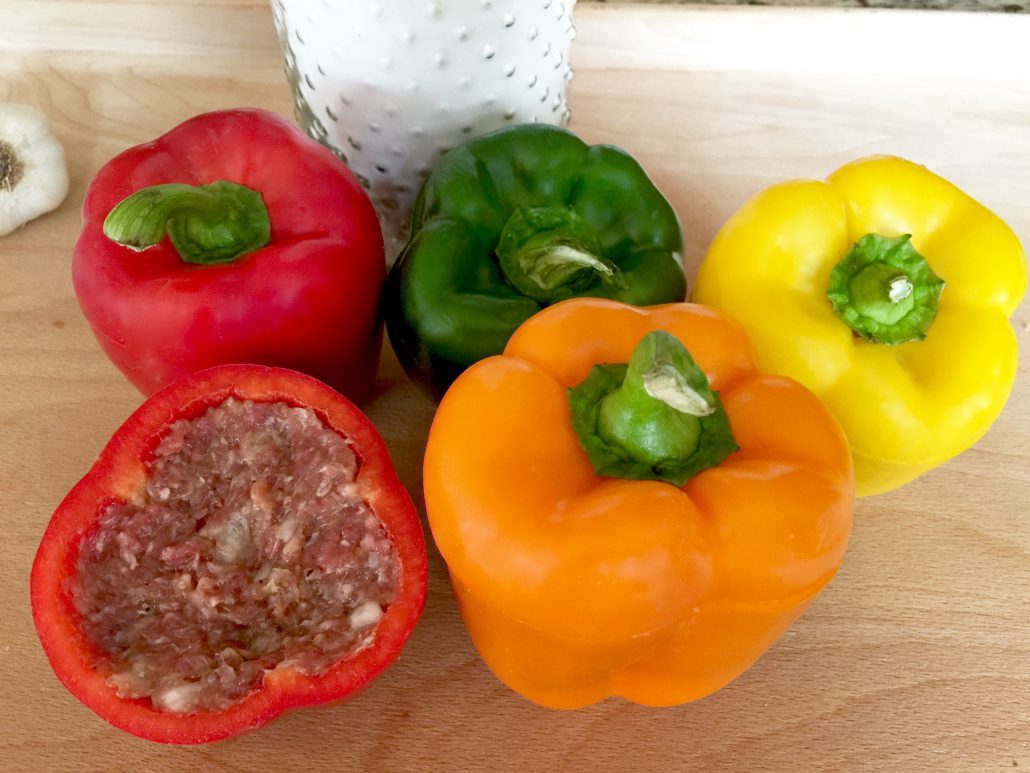 Peparation of cooking the Stuffed Peppers: 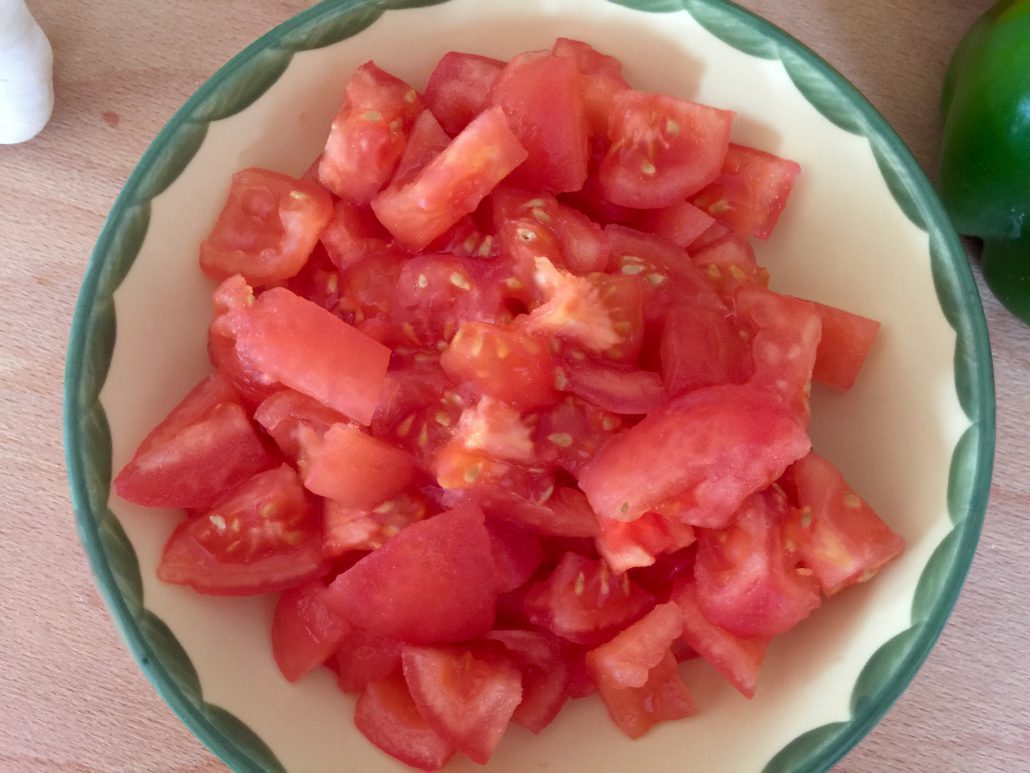 Heat the oil in a saucepan. Add the diced onions and garlic and roast them in the oil until transparent. Add the diced tomatoes and mix. Pour a little water into the saucepan and place the Stuffed Peppers in it. Fill the saucepan with water until the peppers are covered. Bring to a boil, turn down the heat to medium low and let the peppers simmer for about 45-50 minutes.

Take the peppers out of the saucepan and place them on a plate. Pass the liquid/gravy from the saucepan through a sieve or a food mill. Make sure you have 1 l — 1.05 qt of gravy. If necessary add some water. To finish the gravy, pour the it in a saucepan and bring the gravy to a boil. Add the paprika, salt, lemon juice and crème frâiche or sour cream. Dissolve cornstarch in 3-4 tablespoons of water and add it to the gravy to thicken.