Cut the rolls in slices and then into cubes. Place in a large bowl. In a separate microwavable bowl, add the milk along with the butter or lard and heat it (about one minute in the microwave). The milk mixture should be hot, but not boiling. Pour the milk mixture and then the beaten eggs over rolls and leave to soak for about an hour or until the bread cubes soften. If you still feel that the mixture is too dry, add some more warm milk. The amount of milk required depends on the weight of the rolls, which could differ. 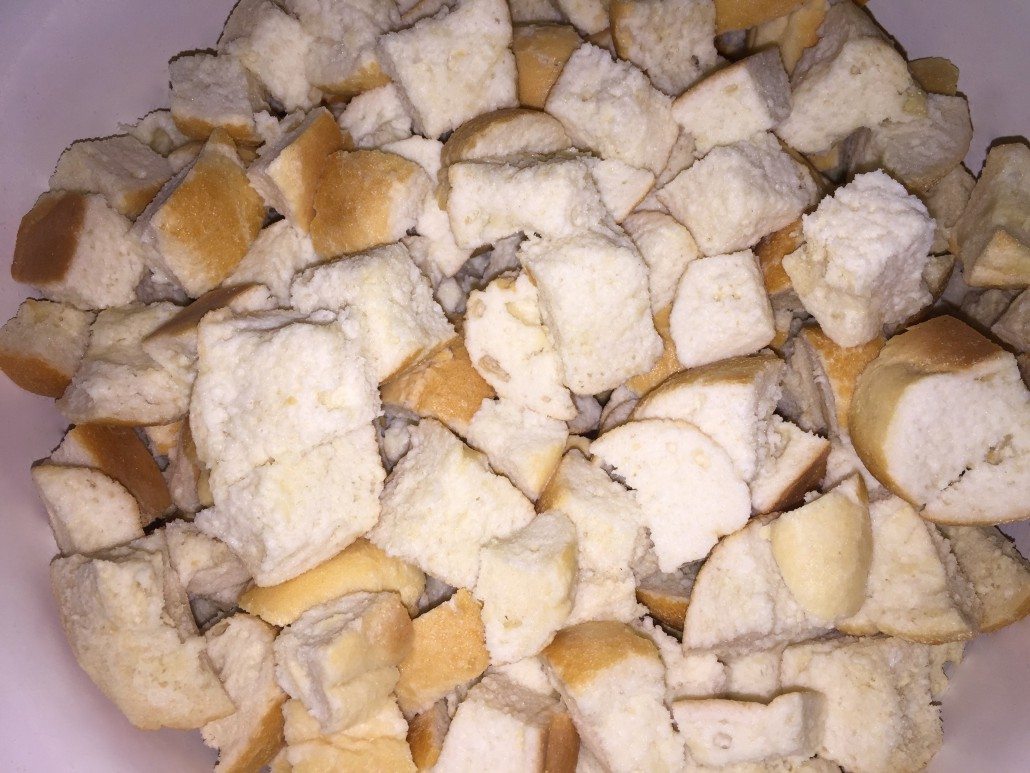 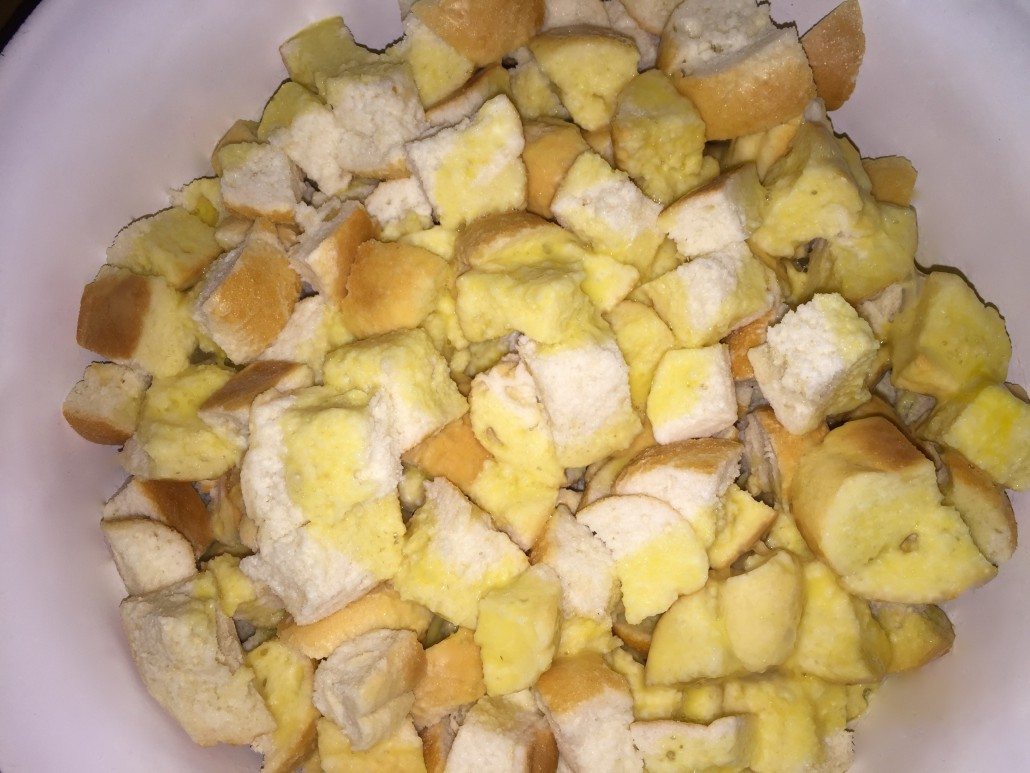 Wash the parsley and dry with a kitchen paper towel. Chop it finely with a knife or use a food chopper. Sprinkle the parsley over the bread mixture and stir.

Spread two tablespoons of flour on a plate. Cover your hands with the flour and with a small handful of the mixture form the dumplings about the size of a tennis ball. Let the formed dumplings rest on a plate for about a half an hour in a cool place. This will allow all the ingredients in the dumpling to harden, making them easier to cook.

Bring a saucepan with water and two tablespoons of salt to a boil. Place the dumplings into the boiling water. Turn the heat back and let the dumplings simmer for about 20 minutes, or until they float on the surface. Use a spider strainer to remove the dumplings and place them on a plate.

NOTE: If you like to add sautéed onions to your dumplings, simply do the following: Instead of heating up the butter or lard with the milk, heat only the milk. Melt the butter or  lard separately in a saucepan. Add in your diced onions and fry them to a light golden brown. Add the milk to the bread mix, followed by the onions (and the melted fat). Mix thoroughly and shape when ready.