German Plum Potato Dumplings are called Zwetschgenknoedel. There are two types of Plum Dumplings. One is made with a potato dough the other type is made with yeast dough.

Ingredients for browning the Plum Dumplings:

Ingredients for sweetening the Plum Dumplings:

Boil unpeeled potatoes for about 16-18 minutes. Drain them in a colander and rinse under cold water. Peel the potatoes and press them through a potato press while they are still warm.

Add salt, flour and eggs to the potatoes and mix all the ingredients together. Let the dough stand for about 10 minutes. If the dough is still sticky, add some more flour to it. The amount of flour depends on the type of potatoes used. Wash the plums and remove the pits with a cherry pitter. Place a sugar cube in the hole in the plum where the pit was. 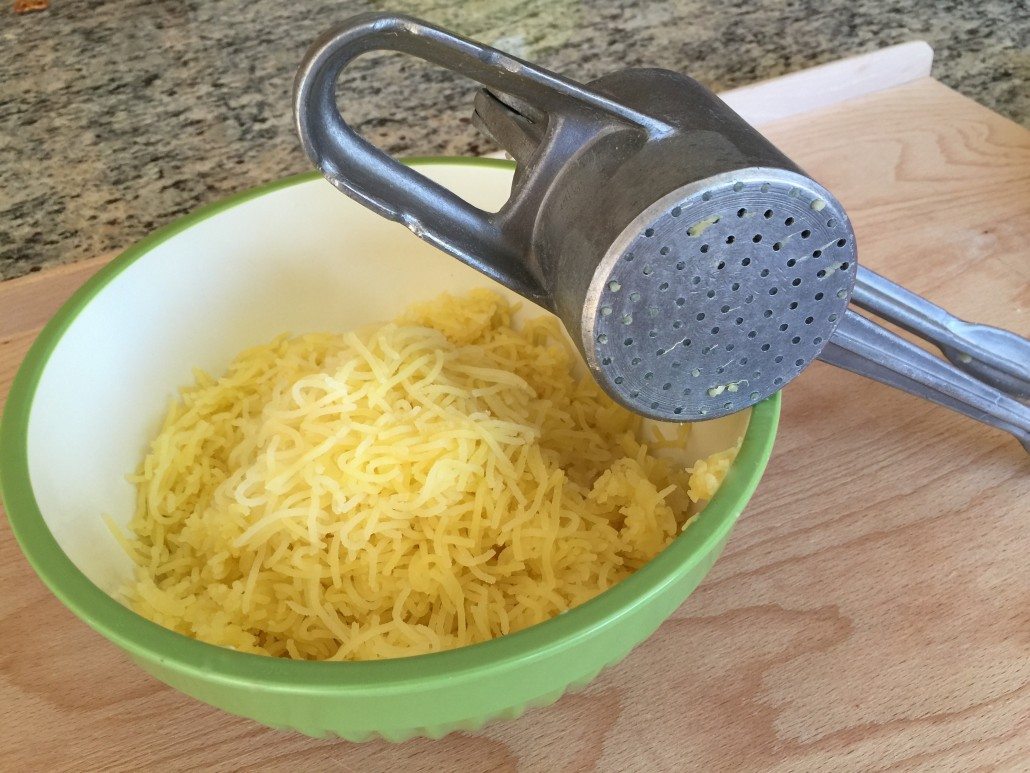 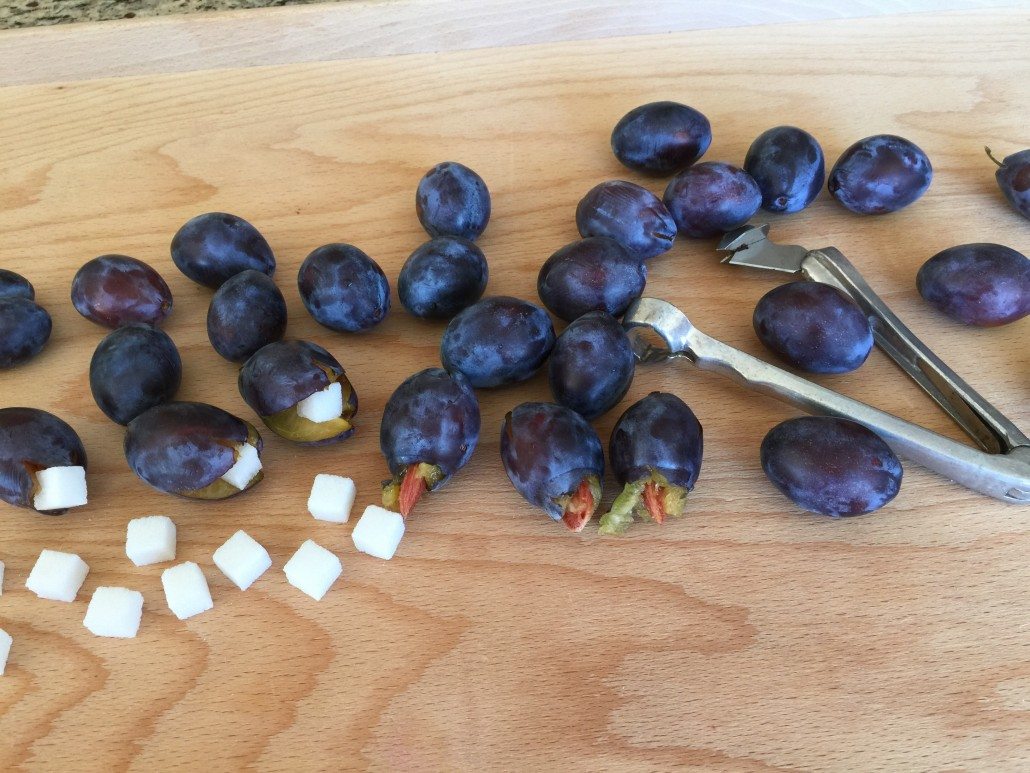 Portion the dough evenly with a tablespoon and place a plum in the middle of each piece of dough. Wet your hands and form dumplings, making sure the plum is completely wrapped in the dough. (Keep a bowl with cold water next to you to wet your hands when needed.) 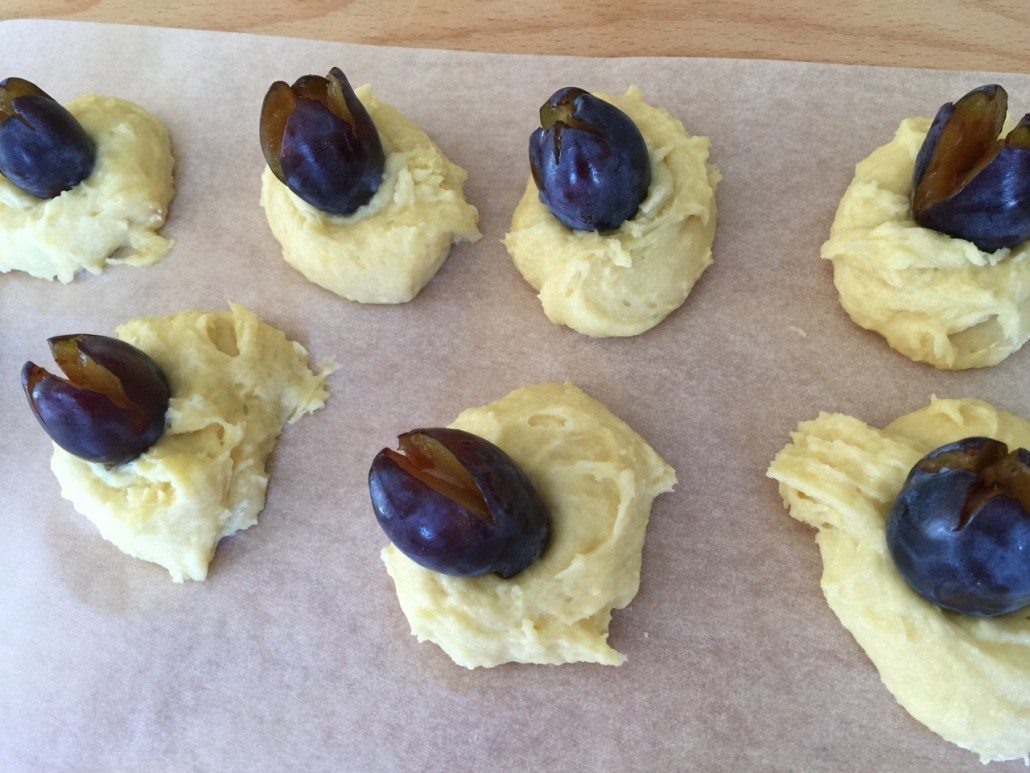 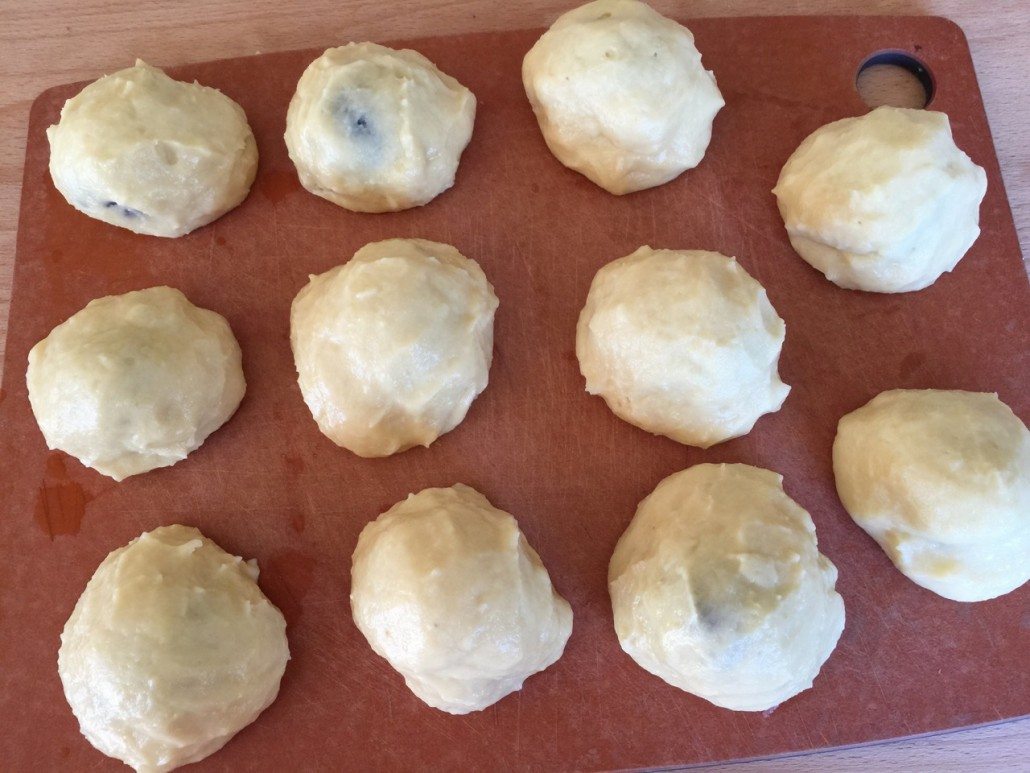 Bring a pot of water with a pinch of salt to a boil. Place the Plum Dumplings in the boiling water and let them simmer (water should agitate slightly) on low heat for about 10 minutes until the dumplings come float on the surface. Drain the dumplings  in a colander.

For sweetening, mix the sugar with the cinnamon and sprinkle it over the dumplings. Or, you can just use powdered sugar. The German Plum Potato Dumplings are delicious accompanied by  vanilla ice cream, vanilla sauce, or Oma’s homemade Apple Sauce. To try the Kaiserschmarrn Recipe click here, the Traditional Plum Dumplings click here, and the Traditional Bread Patties Recipe click here.