The Traditional Plum Dumplings are called Böhmische Zwetschgenknödel in Germany. There are two different kinds of Plum Dumplings. One is made with potatoes, the other one with yeast.

Ingredients for roasting and sweetening  of the dumplings:

Mix the sifted flour, salt, sugar, and yeast. Add the two eggs and cover them with the flour. Add the lukewarm milk and mix all ingredients with a handheld mixer using the kneading hooks or your stand mixer . Make sure you work the dough thoroughly until it loosens from the sides of your bowl. Let the dough rise for about 2 hours or until it has doubled in size.

Wash the plums and take the pit out with a cherry pitter to keep the plums whole. Fill each hole with a sugar cube.

Roll the dough using a rolling pin (about ½ inch) and cut squares about 3 x 3 inches. If the dough is still sticky add some more flour and knead the dough again using your hands. Place the plum in the middle of the squares and form the dumplings around the plum. Make sure the plum is completely covered with the dough. 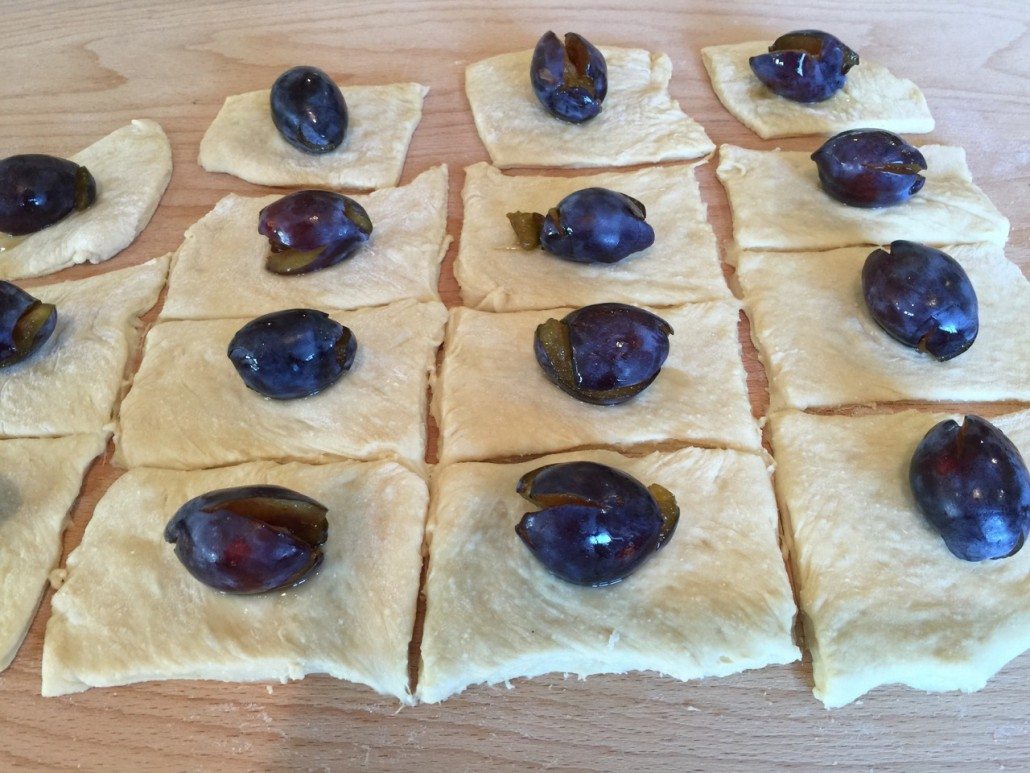 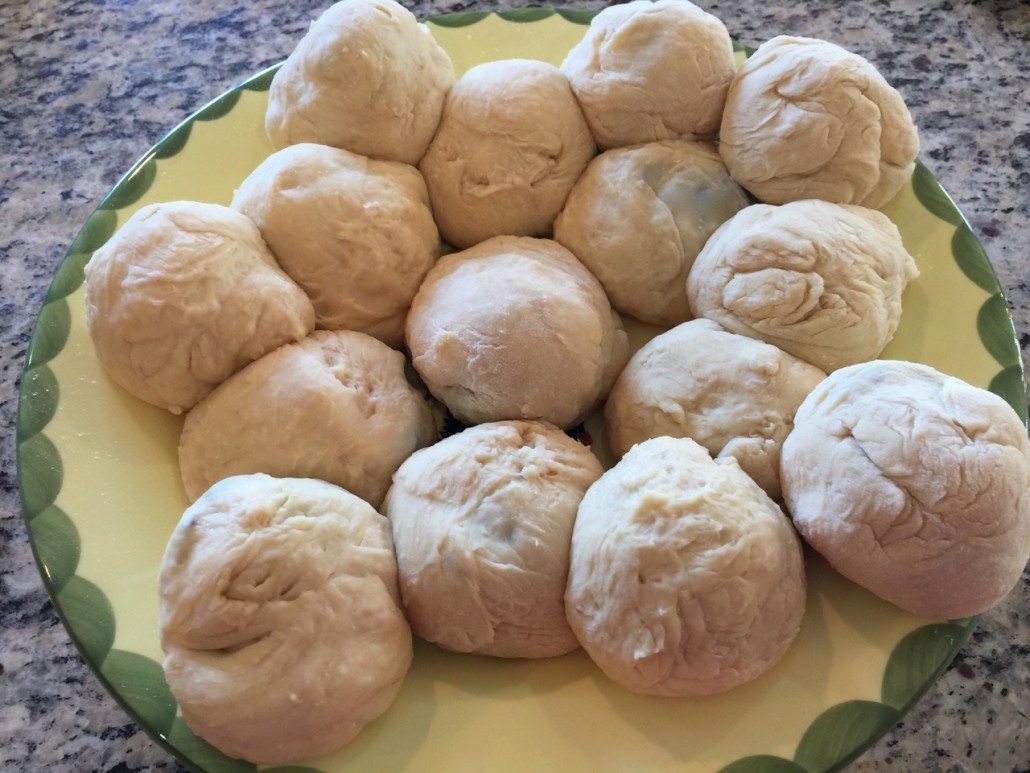 Bring a pot of water (with a little salt) to a boil. Place the dumplings in the boiling water and when the water boils again, turn the heat down and let them simmer for about 10 minutes or until they float on the surface. Carefully stir the dumplings, if they stick to each other or to the bottom of the pot. Drain in a colander. Melt the butter in a pan and roast the breadcrumbs until golden brown. Roll the dumplings in the roasted breadcrumb mix. 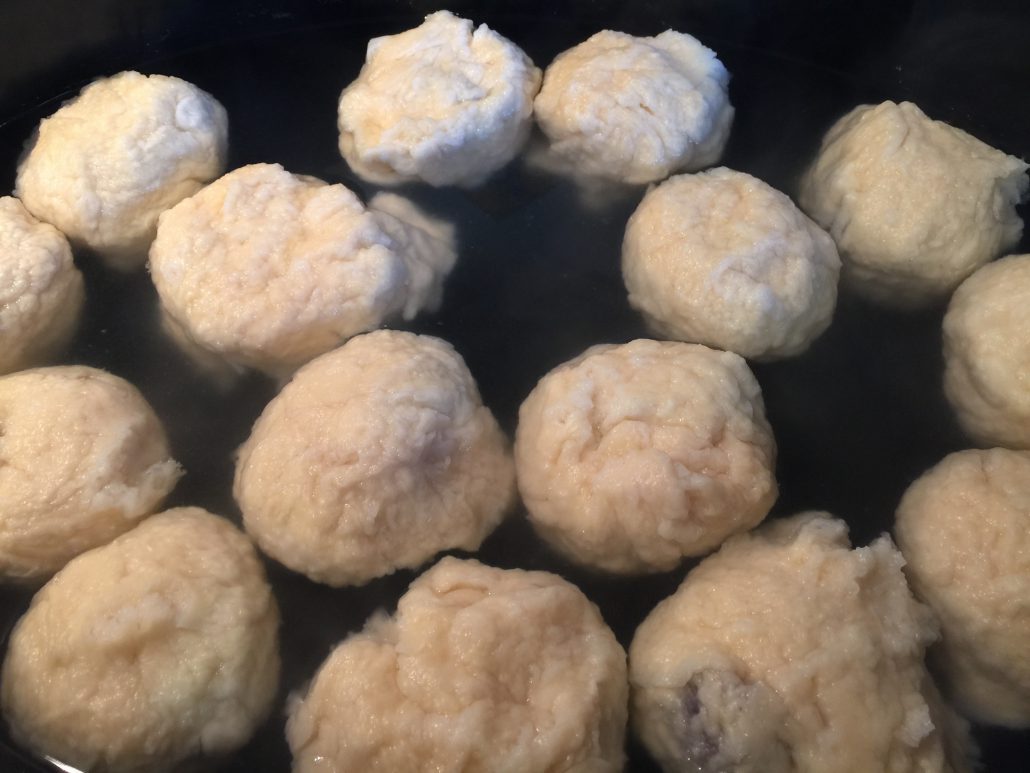 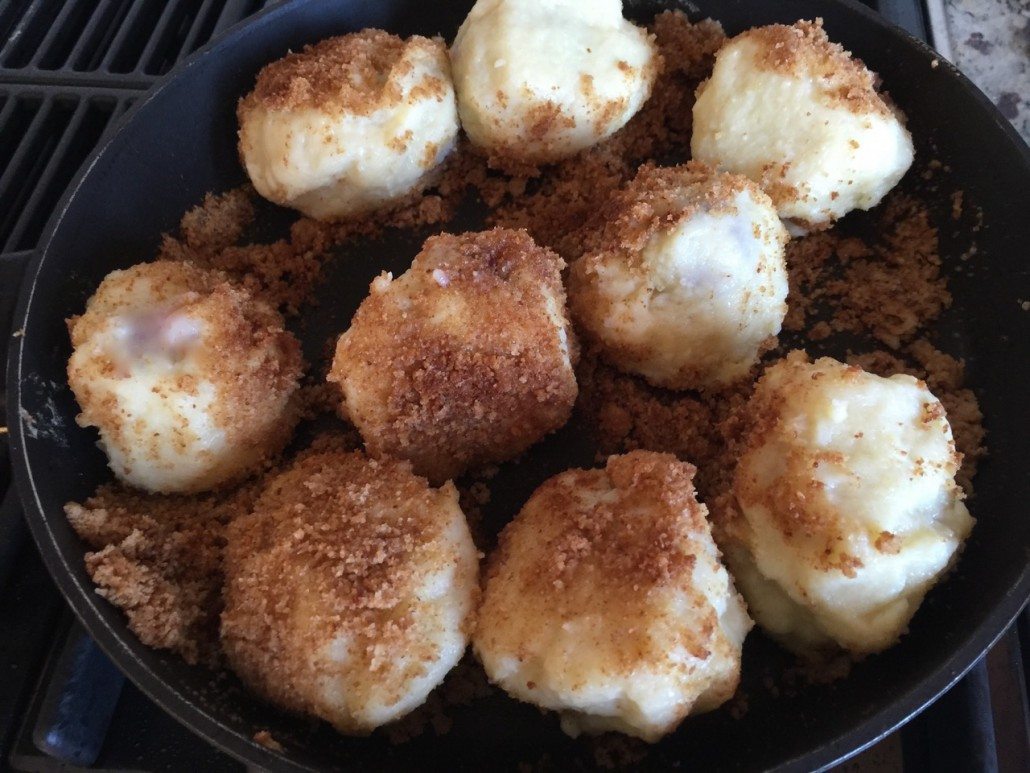 To sweeten the dumplings, mix sugar and cinnamon and sprinkle it over the dumplings. You can also use powdered sugar. As an extra-delicious treat, serve the Plum Dumplings with some vanilla ice cream, vanilla sauce, or with Oma’s homemade Apple Sauce. To try the Sweet Potato Casserole click here, the Kaiserschmarrn Recipe click here, and the German Plum Potatoes Dumplings click here.