Rinse the meat under running water and dry with a paper kitchen towel. Fill a large saucepan with cold water and add two teaspoons of salt to it. Place the meat in the water with the fat side down and bring to boil. Wash the tomatoes, parsley, and the leeks (cut them lengthwise in the center, so that you can get in between the leaves to clean). Peel the carrots and celery with a potato peeler. Cut the vegetables in chunks and add them to the broth.

Once the soup starts to boil, turn the heat down and let it simmer for about 30 minutes. Next, turn the meat with the fat side up and let the broth cook on low heat for another 2 ½ – 3 hours depending on how tender you prefer your meat. Check at regular intervals on the soup and replace evaporated water, so that the meat is always covered with water. 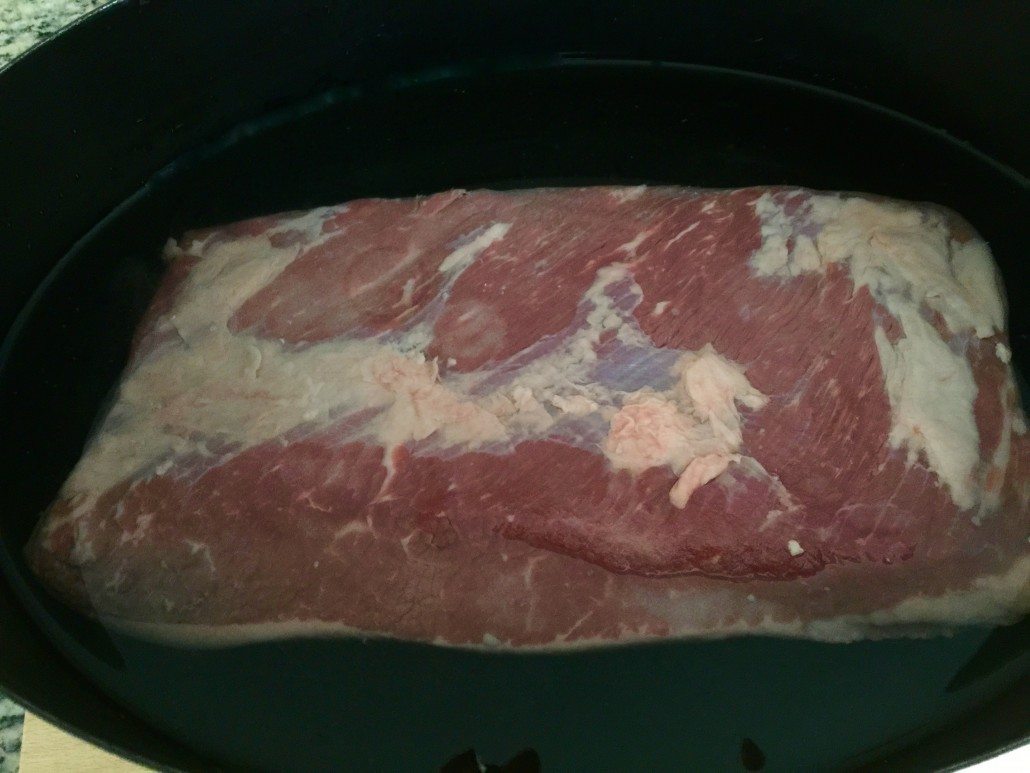 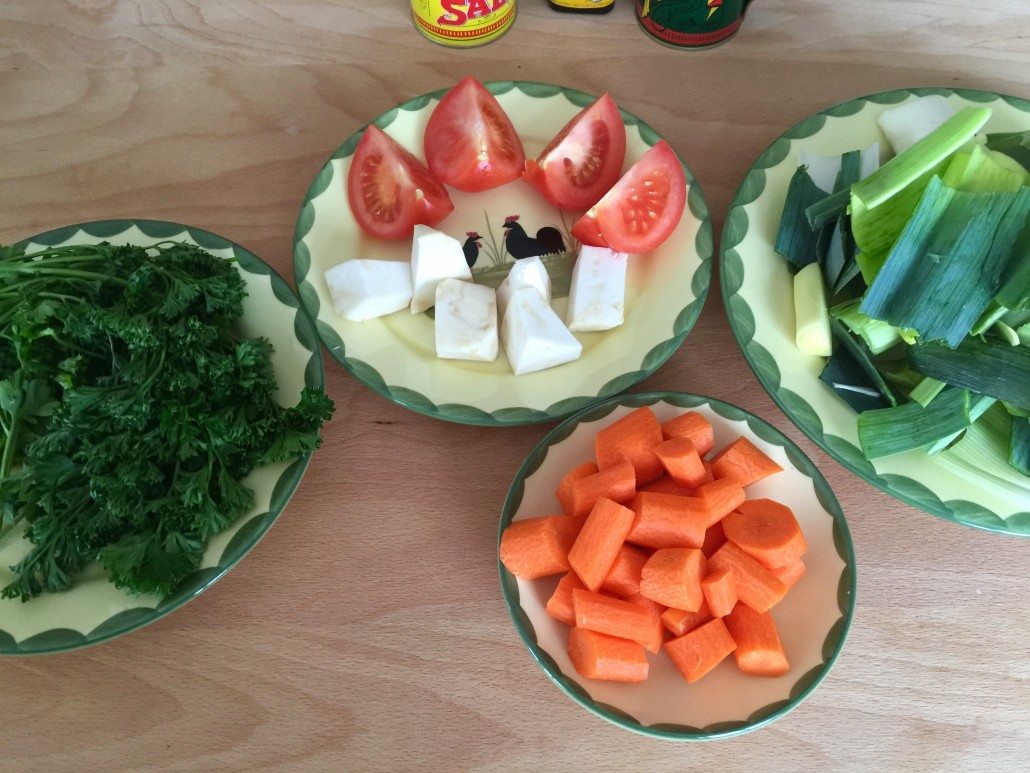 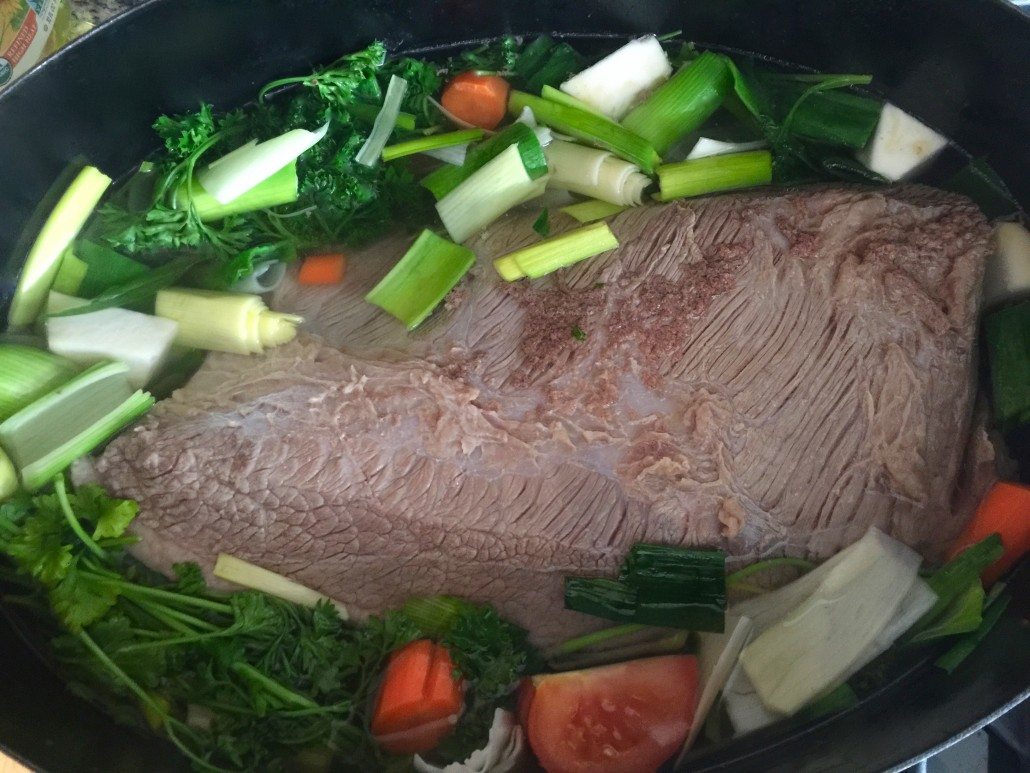 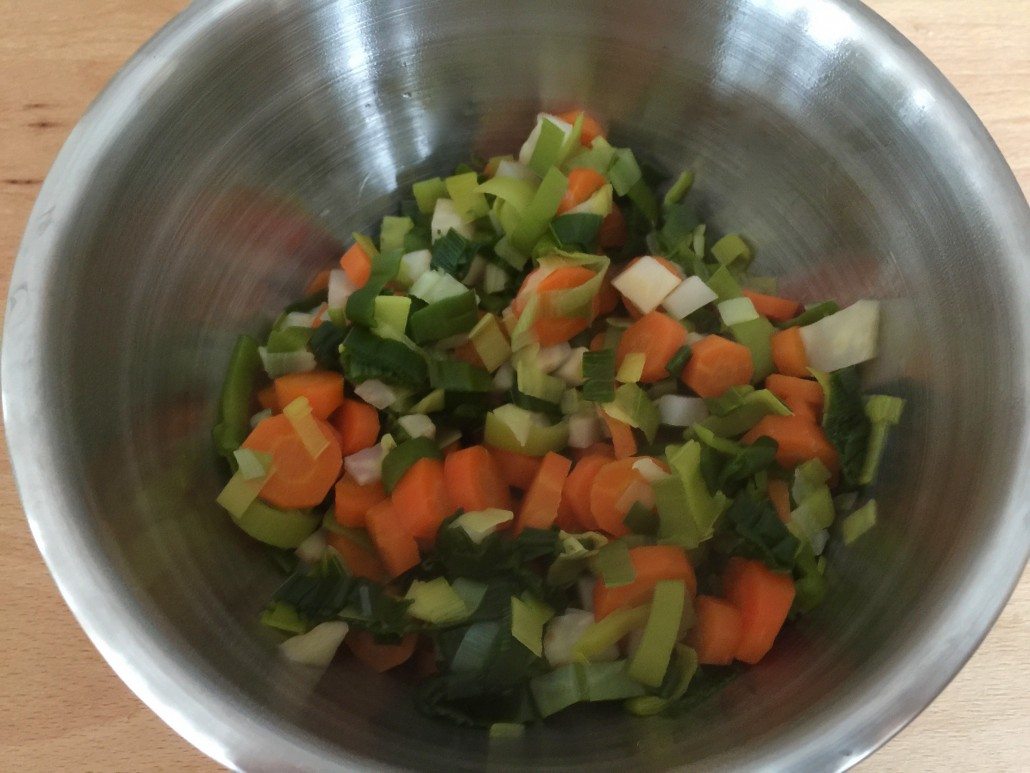 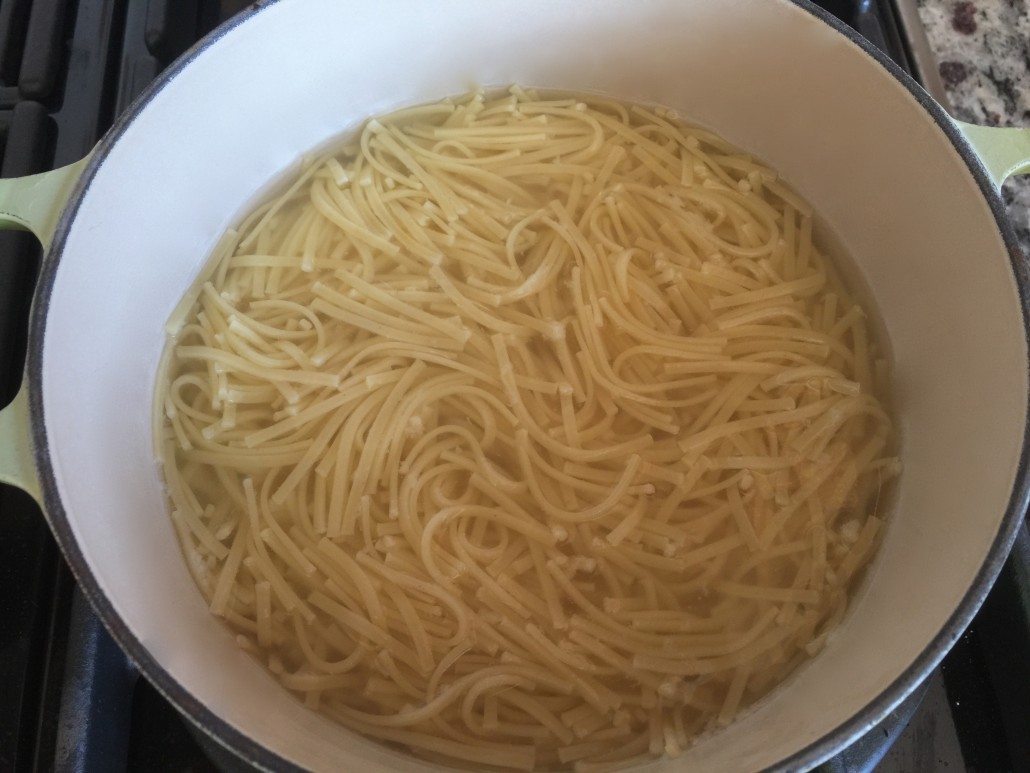 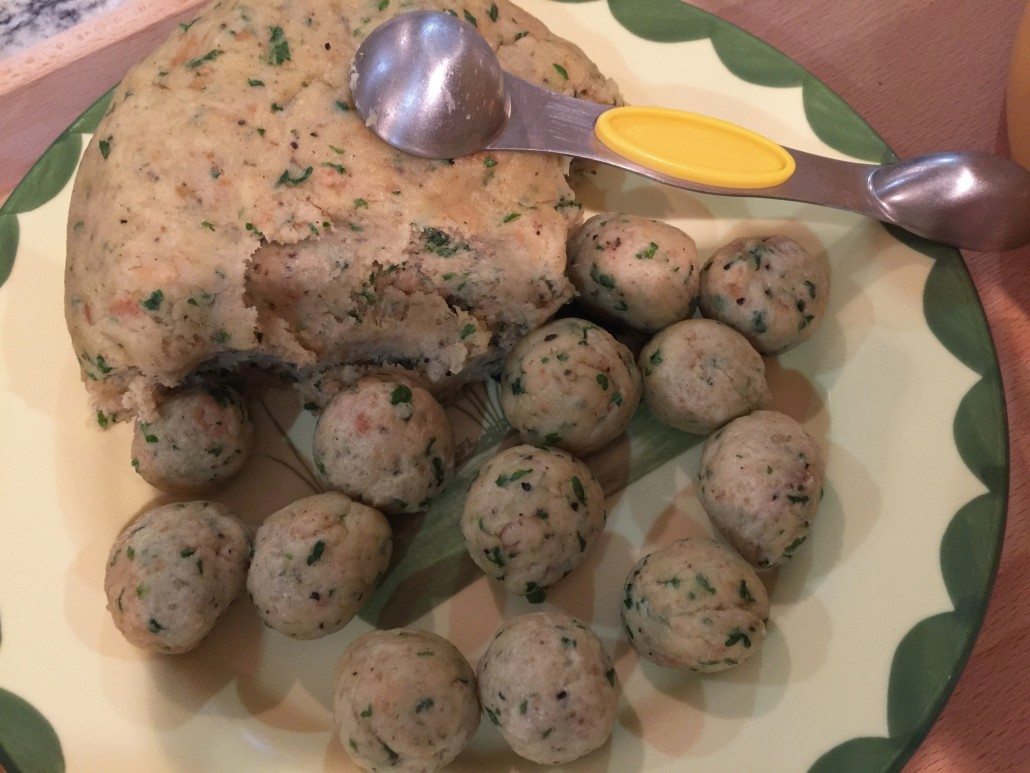 Finishing of the soup:

When the broth has cooked for approximately 2 ½ – 3 hours, take the meat out and place it on a plate. Remove the fat and let it rest. Pass the broth through a sieve and into another saucepan. You should have about 1 ½ l – 1.58 qt of broth. (Don’t use the vegetables cooked in the broth). Add about 1 teaspoon of salt to the broth and bring it back to a boil. Add the soup extras to the broth. Add the bone marrow dumpling to the boiling broth and turn the heat down. The dumplings are ready when they float to the surface (about 10 minutes). Season your homemade broth/soup with some pepper and Maggi, a German liquid seasoning that you should find in the international section of your grocery store or online.

Your homemade beef soup is now ready to be served with the meat, dumplings, and the noodles. Accompany this meal with a fresh loaf of bread, or try Oma’s Baguette. You could also serve the meat with Oma’s homemade Horseradish Sauce, Savoy Cabbage and potatoes and use the soup as an appetizer. To find a complete Traditional Sunday Meal click here.